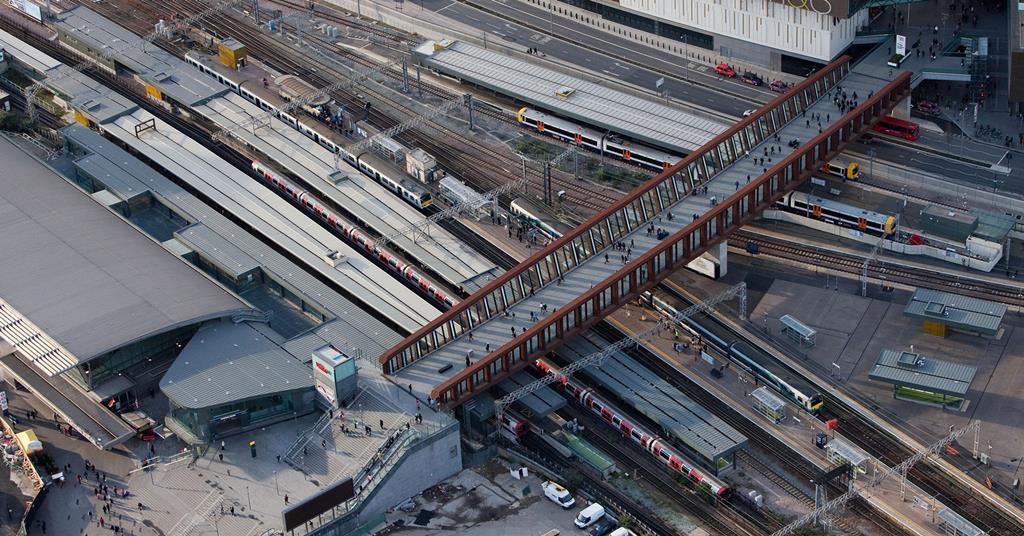 5and Studio was appointed to lead an urban design framework to improve the area around Stratford station.

The scale of transformation needed would be similar to what has been seen at King’s Cross and London Bridge.

The architecture and land-use planning practice will lead a multi-disciplinary design and planning team comprised of Expedition Engineering, Momentum Transport, Turner & Townsend and Giorgia Sharpe with Thomas Matthews to develop an urban design vision and framework .

The £300,000 contract was awarded by the London Legacy Development Corporation (LLDC) competitively through the GLA’s ADUP II framework. The LLDC works in partnership with Network Rail, Newham Council and Transport for London

The work – to produce a planning and development framework to revitalize the area – focuses on Stratford station, the seventh busiest in the UK; both how it can be improved as an interchange and how it is connected to the nearby international station.

A key part of the study will be to assess how better connectivity could be established between Queen Elizabeth Olympic Park and Stratford town centre.

The team will also identify ways to make the station more accessible and passenger-friendly.

The lines are used by around 128 million passengers a year, and demand is expected to continue to rise in the future, despite covid.

Tom Holbrook, Director of 5th Studio, said: “Stratford was shaped by the railway, but the railway put in place difficult barriers to movement and connectivity that created inequities. We are delighted to be awarded this important order, which builds on previous work over the past decade to “improve connectivity in and around the Olympic Park and legacy boroughs”.

“The project provides an opportunity to ensure strong and well-designed connections between Stratford town center and the growing social, cultural and economic assets of the Queen Elizabeth Olympic Park and its neighboring communities in east London.

“By doing so, we hope to unlock a much better interchange around Stratford regional station and bring the international station more into play.”

This work will inform the strategic business case for the long-term redevelopment of Stratford Regional Station which is being carried out by LLDC, Network Rail, LB Newham and TfL.

Rosanna Lawes, Executive Director of Development at LLDC, said: “The scale of regeneration in and around the park has meant that passenger use at Stratford Station has tripled over the past 10 years.

“This essential work will not only help us to advocate with government that makes Stratford an attractive place to work, live and visit, but it will also help us identify ways to improve local connectivity and employment opportunities for locals. nearby residents. ”