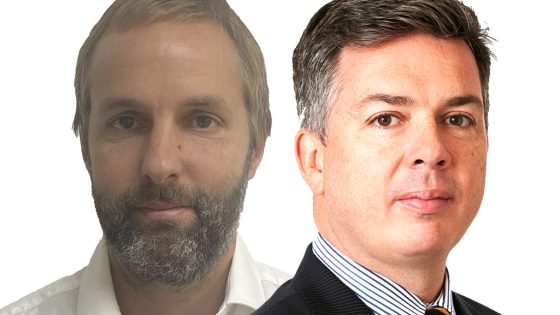 A recent consultation launched by the government (Consulting on the implementation of the new building control regime for high-risk buildings and broader changes to building regulations for all buildings, published on July 20), together with previous guidance and draft regulations, clearly indicate that a new regulatory framework must be introduced for high-risk buildings (at least 18 meters – seven floors – which contain at least two units residential or are hospitals or nursing homes). This will include two new approval steps called Gateway 2 and Gateway 3, with Gateway 1 being the current planning approval process.

Gate 2 will be a stop and go point and approval must be obtained from the Building Safety Regulator (BSR) prior to the commencement of relevant construction work. The consultation provides information on the expected application, review and decision process, lists the types of information that will be required as part of an application, and includes a list of activities that the government believes , the start of work would generally be marked by.

The consultation indicates that the BSR will have to make a decision on a request within 12 weeks of the request or within a longer period if the requester agrees. If the BSR does not approve within the 12-week period, in the absence of an agreed extension, the applicant has six weeks to apply directly to the Secretary of State under Section 30A of the Act on the construction of 1984 (a new provision not yet in force). If this is not the case, it is proposed that the application for approval be deemed rejected.

The option to take longer if the candidate accepts seems likely to put a candidate in an unenviable position if requested by the BSR. What to do? Refuse to accept, only to have the application rejected by a BSR worried about needing more time to carry out his duties properly? Hoping for an application for the secretary of state where the deadlines are even less clear? Swallow the delay that occurs?

If the applicant agrees, the decision may be subject to requirements that must be met. As with the decision-making period, difficulties may arise if the BSR requests requirements that involve a subjective element, such as not proceeding past a specific stage of construction until approval of a document by the BSR be given. No time frame for such subsequent approval by the BSR from the receipt of these documents appears to be envisaged.

The government recognizes that there may be legitimate scenarios where certain required information is not available and the wait could delay construction. In these scenarios, the government is proposing that the BSR could allow for a “phased approach” to construction approval. He also says he’s keen that the new hard stop walkway process doesn’t slow down construction plans and encourages early engagement with the BSR before submitting an application.

During construction, an applicant’s right to make a change will be subject to certain requirements, with substantial requirements for “major changes”. These are no different from the original Gateway 2 process, but the BSR has six weeks, not 12 weeks, to decide. The consultation includes a non-exhaustive list of what may constitute a “major change”.

Clients will be required to maintain, update and submit “essential information” and “key building information”, and it is expected that the BSR will carry out inspections at agreed stages and possibly without notice.

Walkway 3 will occur when the relevant construction work is complete and it will also be a stop/start point. BSR approval must be obtained prior to occupancy of a higher risk building.

As with Gateway 2, the consultation lists the types of information it believes will need to be submitted to the BSR as part of an application. It gives similar details about the review and decision process, and what happens if the BSR doesn’t approve within the 12 week time frame, so it’s not hard to see a candidate placed in a position equally unenviable if the BSR demanded more time to make up its mind.

Provisions are expected to deal with only part of a building passing through Walkway 3 which are similar to those that apply to an entire building.

A Gateway 3 application can only be made once completion has been completed and full as-built plans will need to be submitted. It is also noted that completion may include completion of hanging work (this is something to consult). This could have a significant impact on timelines given that it will take over 12 additional weeks for the application to be determined, the certificate obtained and the building registered.

Some hoped applicants would be allowed to seek approvals for Gateway 3 early, but it appears that won’t be the case. The prospect of a full building having to sit unoccupied for more than 12 weeks pending BSR approval for Gateway 3 will not sit well with many.

The learning curve, as various candidates and the BSR work through these requirements for the first time with, no doubt, quite a bit of political and media attention, and in the context of the BSR having tools for enforcement solid, is likely to be steep and, for some, hard.