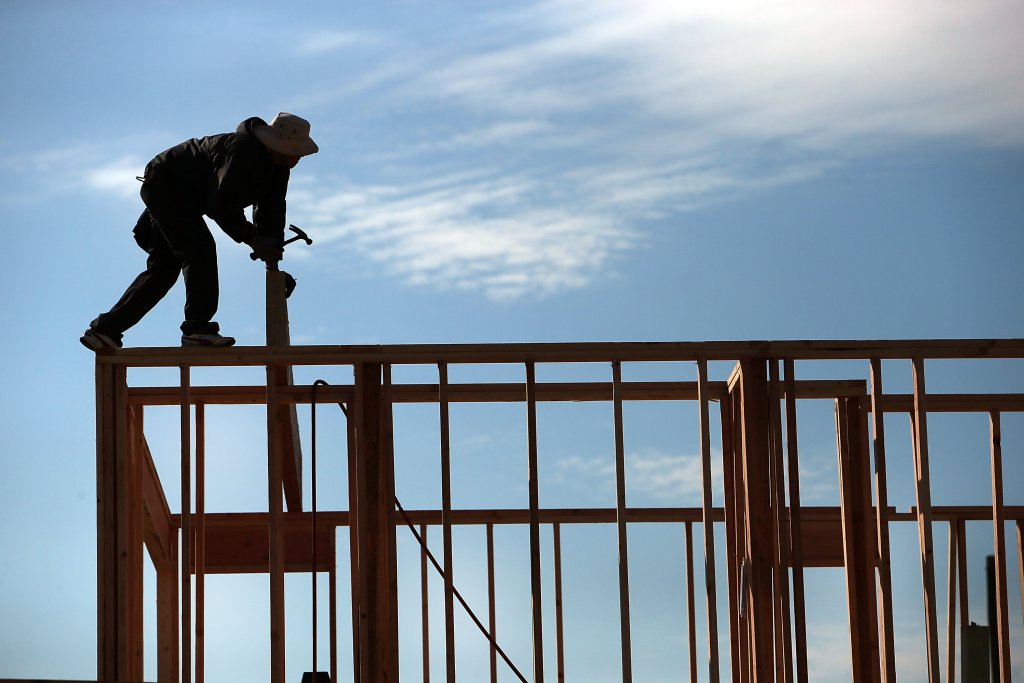 Amid this crisis, state lawmakers met with experts on Wednesday to discuss the environmental challenges of increasing the supply of affordable housing in Arizona — in a bid to find lasting and effective solutions.

This was the fourth meeting of a housing supply review committee set up in April after an unsuccessful attempt to resolve the housing shortage in circumvention of zoning regulations for faster developments have led to calls for further legislative investigation into the matter.

Construction projects in a state where 6.5 million inhabitants live in counties classified by the Census Bureau as part of the southwest desert must bear in mind the scarcity of water – especially after Federal officials cut off Arizona’s water supply last weeksaid Warren Tenney, executive director of the Arizona Municipal Water Users Association.

“We’re in a time of great uncertainty, so it’s really important that we act smart,” he said.

Fortunately, Tenney said, state law has some regulations in place to prevent unsustainable growth. Under the Assured water programdevelopments in Prescott, Phoenix, Pinal, Tucson and Santa Cruz must have a guaranteed 100-year water supply to be approved for construction.

When looking at new housing construction from a water use perspective, Tenney said high-density housing is the right choice. Such projects, like apartment complexes or duplexes, mean smaller lots, which reduces the amount of water used outdoors.

Get morning headlines delivered to your inbox

Combining land-use planning projects with proper water management practices could go a long way in safeguarding existing water resources, added Representative Sarah Liguori. The Phoenix Democrat made a presentation on behalf of the Tucson-based watershed management group and defended the model ordinance created by the Blue net initiative whose objective is water-neutral growth.

“Net Blue is a developer’s approach to offsetting an expected increase in water demand by decreasing onsite or offsite water consumption,” she explained.

Under the sample ordinance, proponents would commit to taking steps to reduce water use or replenish groundwater sources by including high-efficiency appliances, such as plumbing or fixtures that use less water, by building infrastructure that captures runoff water or even by removing sections of grass. The steps available to developers would be tailored to the state and region for maximum success

“It’s a buy-in from our government and our fellow citizens to continue to drive sustainable water development efforts here in Arizona. And for developers, it’s the marriage of water use planning and land use planning so that it’s good for our future, good for the wallet and good for the health of Arizona as a whole,” Liguori said.

Municipalities across the state develop a general zoning plan that guides the physical development of the area and determines what goes where: a park here, a mall there, single-family homes on this block, and multi-family dwellings on this block. .

Jerry Stabley, president of the Arizona Planning Association, said some designated areas could be revised. One idea to help streamline affordable housing development would be to reallocate commercial areas.

“The best value is to look at these commercial areas and see how we can approach the approval process in these areas (for affordable housing), especially if we’re looking for multi-family housing,” Stabley said.

Some cities set aside significant amounts of land for commercial development in the 1980s and 1990s because that’s where the revenue came from, Stabley said. With the advent of online shopping, this is no longer the case: now many buildings lie empty or land intended for commercial development lies fallow from lack of use. These areas would be perfect for affordable housing development because they are often located near public transportation, Stabley said.

Getting cities to buy is not easy. Last year, Peoria rejected a project to build apartments in Old Town near 83rd and Grand Avenue on the site of a Smitty’s grocery store that closed in 1997. The planning commission and zoning of the city had approved the plan and a study paid for by the city. because the said redevelopment of the old city depends on the increase in the number of people living there.

But the city council refused to deviate from a 2011 plan which calls for the land to be built into a convention center, college, or hotel.

Adjusting single-family housing areas to include multi-family projects is another way to increase the supply of affordable housing options, although they may face opposition from surrounding neighborhoods.

In Tucson, self-contained units built on residential properties near single-family homes have emerged as a creative solution, and they are one of the few options the APA supports as a way to alleviate the affordable housing shortage.

“APA supports accessory dwellings … (and) being able to incorporate duplexes, triplexes, even quadplexes, into single-family zoned areas is something that is supported by APA,” Stabley said.

Where options like secondary suites run into trouble — besides calling for zoning changes — are in neighborhood restrictions like HOA rules.

“No matter what the city does, private restrictions are going to prohibit those second units,” said Frank Cassidy, a land use attorney representing the League of Arizona Cities and Towns.

Stabley agreed that HOAs and NIMBYism (residents’ reluctance to allow affordable housing to be built for fear of a negative effect on property values) were among the toughest challenges facing zoning reform.

Cassidy added concern that because private restrictions were most often present in high-income neighborhoods, zoning reform strategies like secondary suites tend to have an outsized impact on low-income areas.

“In 2021 there were 339 (heat-related) deaths…and this year so far we are at 334 and it is August 23. We’re not done with summer yet,” said Melissa Guardaro, professor of urban heat research at Arizona State University.

The future, she warned, will be even hotter. Last year the Valley broke a heat record after four consecutive days of temperatures above 115 degrees. Discussions about increasing housing should keep that environment firmly in mind, Guardaro said. Affordable housing should not only be cheap, but also livable. Proximity to public transit helps if walkways and transit stations are navigable in hot weather. A low rent is ideal if air conditioning costs are not skyrocketing due to poorly ventilated buildings.

“We have to deal with the tension of competing commitments between the developing community to maximize profits and that of the people living in those communities,” she said.

This is particularly true in the case of trailers and mobile homes, which often make up the bulk of unsubsidized affordable housing options.

“Despite the fact that only 5% of Maricopa County residents live in mobile homes, 31% of all indoor heat-related deaths between 2011 and 2020 occurred in mobile homes,” said Lora A. Phillips, research professor at ASU.

Phillips also noted that Maricopa County has an eviction rate well above the national average. Eviction filings last month, she said, were higher than any month since July 2008, shortly after the foreclosure crisis, according to Maricopa County court data.

This is of particular concern when as much as 36% of evictions lead to homelessness. In a condition that regularly rises above 100 degrees, being outdoors for long periods of time can be deadly. Access to affordable housing can be a lifesaving opportunity, Phillips said.

“Affordable housing is a key lever for reducing heat-related deaths,” she said.