Back to Delta: New Seniors Residences Are Coming to Town 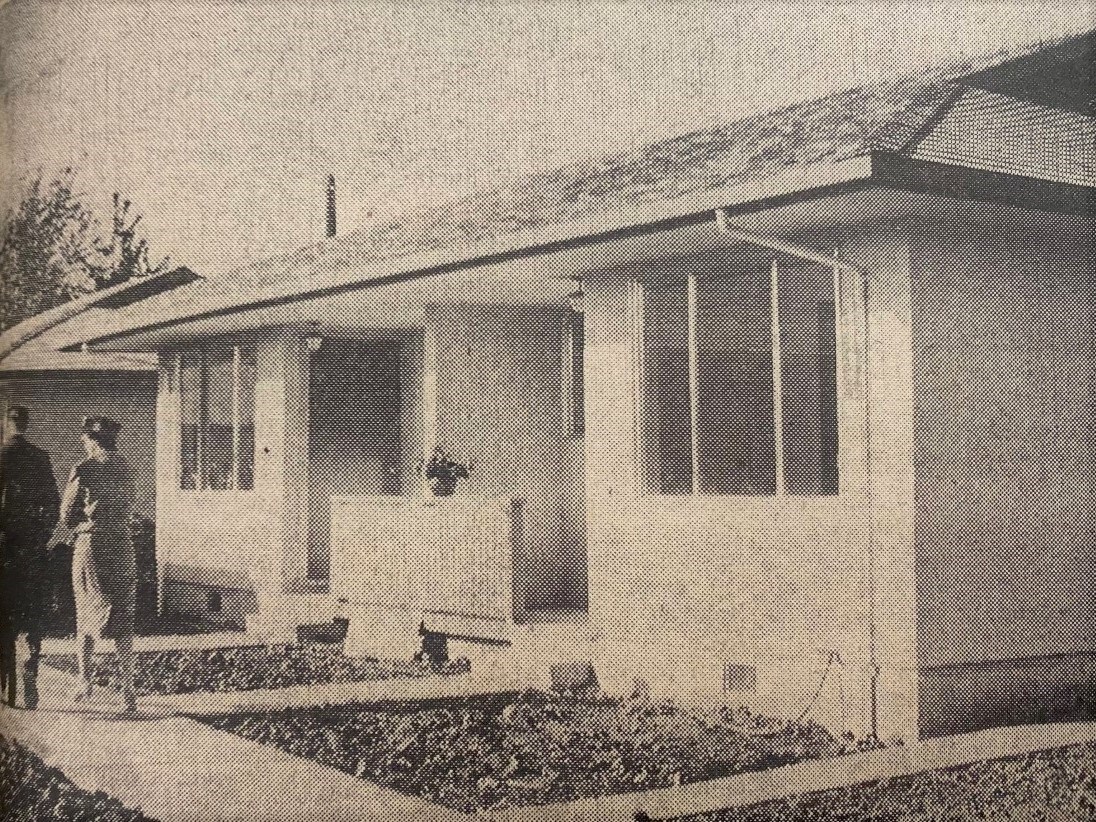 When the future population of the world remembers our times, they will think not of the great things, but of the kindness and care we gave to our pioneers.”

These are the words of WK Kiernan, Minister of Mines and Petroleum Resources, to a large audience attending the official opening of the Evergreen Court Aged Housing complex in Ladner on October 22, 1962.

“It’s the kind of project that the province likes the most, where the people themselves take care of the erection and management of the building,” he said.

Each unit had its own front door, small porch, and well-balanced rooms.

A seven-car parking lot was built on the east side of the project and to the southwest there was a commercial laundry. There was also a large common room.

“The gratifying results were evident to anyone who saw the comfortable units,” said Reeve Clarence Taylor.

Taylor also spoke about the great work of the 17 members of the Delta Senior Housing Association. The association had representatives from several different local organizations.

The next number of Optimistic profiled some of the first seniors to move into the new complex, including the Reverend and Mrs. Robert Stevenson, who moved into one of the double units.

Among the other new tenants was Mrs. Thomas Wilson, a resident of Ladner for 30 years. She had a successful fruit farm with her husband in the early years and had been a widow for 15 years by the time she moved into her new living unit.

The residents were selected by the housing association’s selection committee.

There were several community helpers who helped the elderly unpack and watch over them.

Many local residents and organizations donated to the project.