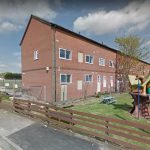 More than 30 people died in assisted and emergency accommodation in Brighton and Hove last year.

The high number of homeless deaths in Brighton and Hove prompted campaigner Daniel Harris to call for a report at a town hall meeting.

He said a national watchdog organization, the Museum of the Homeless, had struggled to get information about the deaths through a Freedom of Information request until he and advisors get involved.

Mr Harris said supported housing was a statutory service for vulnerable people, adding: “This information was not given freely. It was difficult to get it – and we got it thanks to the advisors.

He called on Healthwatch to find out the numbers for causes of death such as overdoses, adding: “We need to learn from this.”

Green Councilor Sue Shanks, who chairs the Health and Wellbeing Council, agreed the council needed to learn from the deaths.

Councilor Shanks said the council’s housing committee is carrying out a review to improve the support available for people living in supported accommodation.

But she said she would discuss the prospect of a Healthwatch review with the housing committee co-chairs.

Councilor Shanks said: “We are looking at providing more support because these people who are in this type of accommodation are obviously very vulnerable.

“For me, that’s the homeless’ age of death – mid-40s. It is a very vulnerable population. We’ve had quite a few drug deaths in Brighton and Hove – and there are suicides.

She said the government had given more money to the council to help with its drug strategy and the suicide prevention strategy was also under consideration.

In January, the council said it had stopped sending people to Kendal Court, Newhaven, after several deaths.

He acted after East Sussex County Council said it would take legal action against the council, a councilor accusing Brighton and Hove of ‘outsourcing people with complex dying needs’.