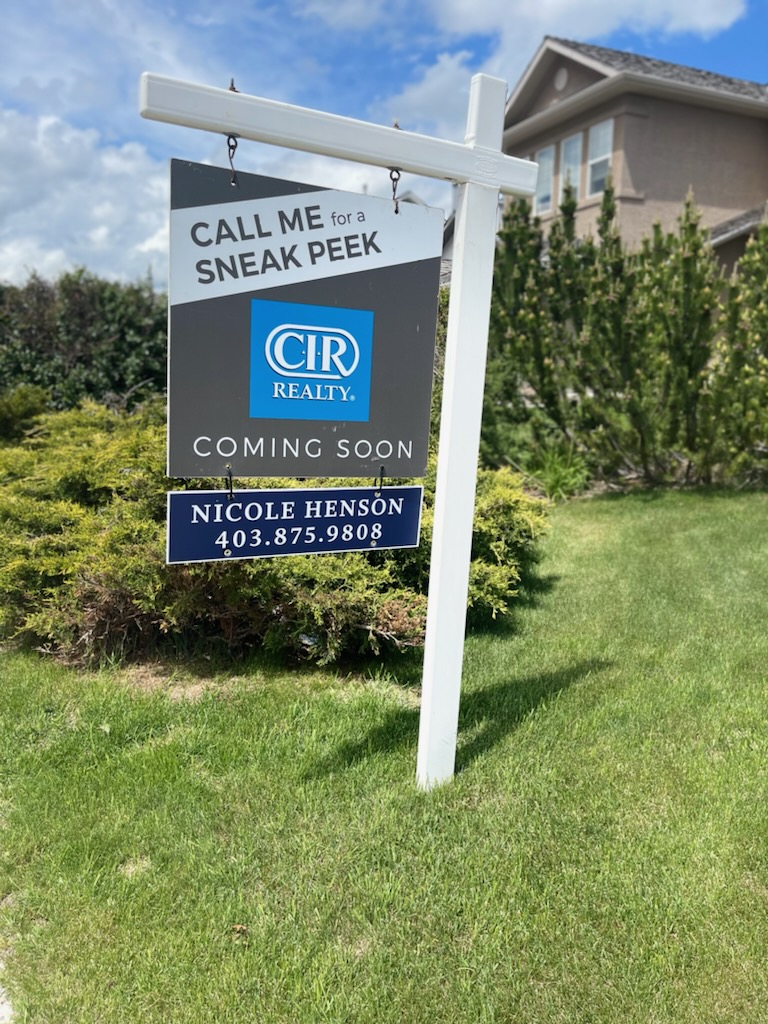 Keeping up with the real estate market these days, especially if you’re actively trying to buy or sell, can be stressful. Most can attest to witnessing the phenomenon, coming out of the pandemic and seeing a for sale sign go up and the next day the property would be sold.

According to CIR Realty’s Nicole Henson, the market is still a seller’s market, but it’s not as frenetic as it was in March and April. She says less frenzy is good: “Balanced market conditions are really better for everyone, especially buyers. It’s hard when you know you’re 1 out of 10 people making an offer. Nine of them don’t get home, and they’re back in there spinning their wheels trying to find something and so it can get daunting pretty quickly. You know, I would really like to see us get back to more balanced market conditions. This seems to be the trend in June 2022 and although the housing market, according to experts, may be cooling, this is not necessarily a bad thing.

However, it is still a seller’s market with respect to demand driving prices.

Henson says, “So it’s interesting to note that in January at Cochrane, we started with an average sale price of $464,500, go to May, and we had an average sale price of $521,000. So there’s been a big increase over the months here, but the peak was really March 2022. When we saw an average sale price of $520,000, but where we really peaked in March , that was the average detached selling price was $654,000, then by May of this year we were down to $612,600. But, despite prices being slightly down from the detached average, the overall average is, you know, $1000 higher in May 2022 compared to March when we had the most activity.

There are a few driving factors keeping the housing market hot for sellers in Cochrane, the first being a shortage of inventory. Henson says: ‘So far we’ve had less than a month’s supply in Cochrane so the demand is really high and there just aren’t enough new homes on the market or enough new homes under construction to meet this demand. The second factor is an influx of out-of-province buyers: “We’re seeing a lot of movement of people moving into the city, […] it’s the people coming to Cochrane from out of province that I see really pushing prices up and making extremely strong offers. So what does Hansen expect in the summer and fall? She looks forward to a more balanced market. There was a bit of a rush in May and June, then there is usually a slowdown in July with a pick-up in late August and September, before the start of the school year. Again, the challenge for real estate agents in town will be finding inventory. Additionally, Henson says interest rates are going to be a mitigating factor.

Mortgage Connection’s Greg Foss says there are a few factors ahead that could affect the housing market. He says: “The Bank of Canada is expected to raise interest rates by at least 1% by the end of this year, and so in the short term, their next meeting date is approaching in July and the Federal Reserve and the United States just raised interest rates by about 0.75% and the Bank of Canada is expected to follow that as well, and so the minimum that they will raise rates will most likely be one half percent in July, then they might rise as high as 0.75% in July, then they expect to watch what happens in the market. See how much impact that choice has on this decision, then see how much they’re going to increase it by the end of the year.

Foss’ advice, “Don’t panic, it’s number one.” This is where a lot of people will think this increased interest is important, and it is. Money is money, but when you look at the black-and-white numbers of how it affects your mortgage payment, it’s not worth panicking about. That’s step one, then step two, if you’re sensitive to price increases, maybe it’s time to consider taking an adjustable rate mortgage and locking it into a fixed loan and see if that’s okay. is a good option for you.