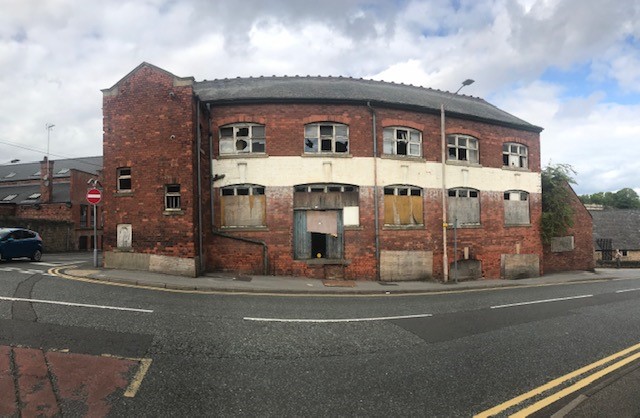 Mansfield District Council is seeking to launch a major competition inviting architects from around the world to design a major new social housing scheme on a derelict site near the town centre.

The Royal Institute of British Architects (RIBA) would manage the competition to find an outstanding design for the White Hart Street area of ​​Mansfield.

The council has purchased land in this area to facilitate the regeneration of this key town center site. The neighborhood has been abandoned for more than a decade now. It had previously obtained planning permission for a mixed retail and residential scheme in 2008, but market conditions meant that scheme was never brought forward.

The area subsequently deteriorated and consequently became a magnet for anti-social behavior. Redevelopment of this area would align strongly with the council’s priorities of growth, aspiration, well-being and place.

Cllr Marion Bradshaw, portfolio holder for safer communities, housing and wellbeing, is now recommended to approve a decision on October 21 on the appointment of RIBA to manage the competition.

Last year, she approved the council’s decision to buy plots of land in the area so that the site, as a whole, could be redeveloped into social housing.

A budget of £16.5m for this was approved by the full Council in 2019 as part of the council’s scheme to build over 100 social housing units.

She said: “We want to improve this derelict, run-down part of Mansfield and see something really special about this ground.

“It will promote a safe place to live and most importantly it must reflect the council’s available budget for this program.

“The redevelopment would represent a vital part of the master plan we are developing for the city center to chart a future path for growth and regeneration.

“A key vision of this master plan is to make the city center a place where people want to live as this will increase footfall for traders and improve the appearance of the centre, which in turn should act as a catalyst for investment.”

If approved by Cllr Bradshaw on October 21, the RIBA-run competition would cost the council a maximum of £79,000.

The board believes that having such a prominent organization managing the competition would give the board access to the global RIBA members and attract high quality design responses.

RIBA’s presence on board is considered essential in the eyes of many architects and would also bring rigour, credibility and prestige to the selection process, and the assurance that the competition would be managed according to best practices.

This would also ensure that the entire site redevelopment process is structured and auditable.

Cllr Bradshaw added: “Holding a RIBA approved competition would promote the District of Mansfield nationally and internationally and demonstrate that as a town it is progressive in its aspirations and open for business. . It would bring a real atmosphere of excitement. “

The winning firm in the competition would advance the design for planning permission – subject to the full Board’s approval of the business case.

The area to be redeveloped is located within the Bridge Street Conservation Area which contains buildings of historical and architectural value. Homes built would be expected to be a mix of housing types and would be added to the council’s affordable housing stock.

The design competition is expected to take place between November 2022 and March 2023, with a decision on the winner made in April 2023.

After that, a detailed design would be developed, with a decision on the business case expected in September 2023.

If this business case is approved, it will be followed by a planning application in October 2023. If approved, demolition work could begin in early 2024 and construction work in July 2024.