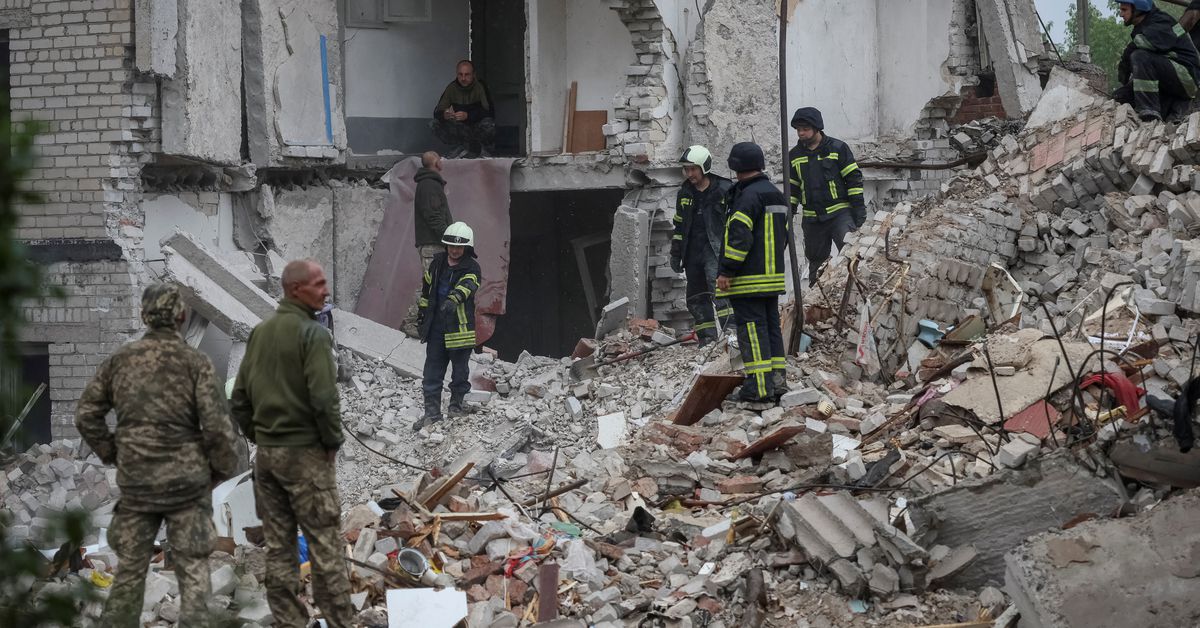 Rescuers work at a residential building damaged by a Russian military strike, amid the Russian invasion of Ukraine, in the town of Chasiv Yar, Donetsk region, Ukraine, July 11, 2022. REUTERS/Gleb Garanich

CHASIV YAR, Ukraine, July 11 (Reuters) – The death toll from a Russian rocket attack that hit a building in eastern Ukraine over the weekend rose to 24 on Monday as rescuers were searching for survivors in the ruins, the state emergency service said.

Brick by brick, rescuers excavated a massive mound of rubble that remained from a collapsed five-story block on Saturday night in the town of Chasiv Yar in the Donetsk region.

A Reuters reporter saw rescuers lifting a survivor from the ruins onto a stretcher and carrying the bodies of two people in white bags. The soldiers also assisted in the rescue effort.

So far, nine people have been rescued, the state emergency service said.

Russia, which invaded Ukraine in what it calls a special military operation, denies targeting civilians.

The Russian Defense Ministry said on Monday it had destroyed the temporary deployment of a Ukrainian territorial defense unit in Chasiv Yar.

Russia is expected to focus the bulk of its assault on eastern Ukraine in the Donetsk region after claiming the capture of neighboring Luhansk region. Together, the regions form the Donbass.