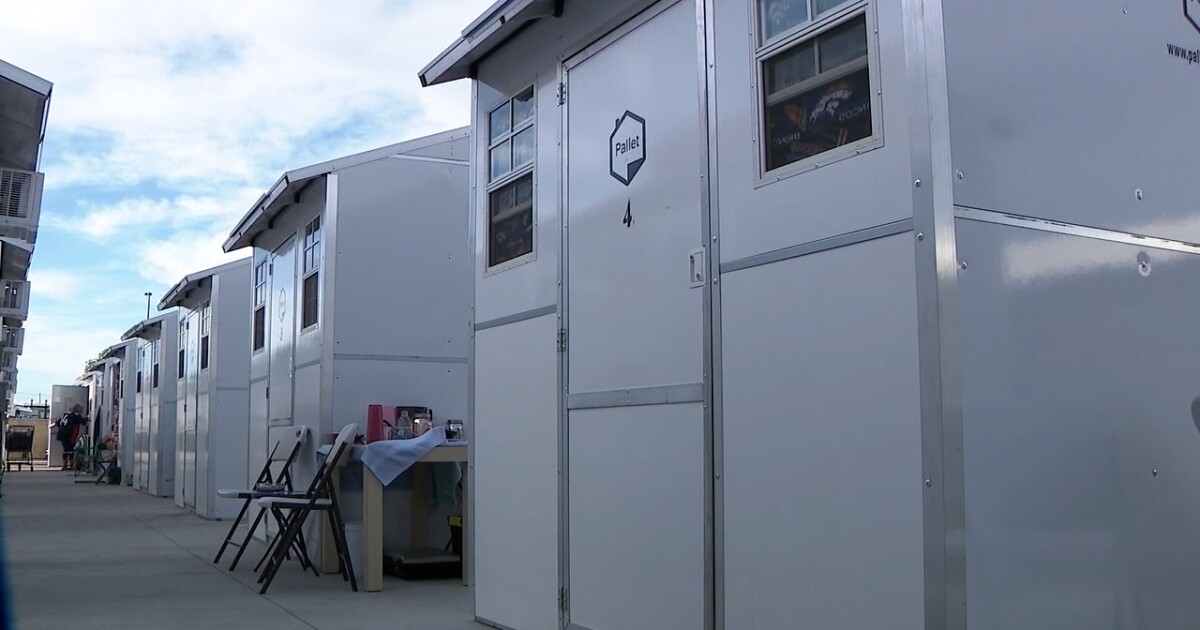 DOUGLAS COUNTY, Colo. – Douglas County Commissioners are seeking solutions for their homeless community. Homes built to the size of just over 60 square feet might be one way to go.

The shelters would cost Douglas County $200,000, and the county considered placing them near the Douglas County Justice Center in Castle Rock – although a final location where they would be placed has not been decided.

The shelterswhich are made from aluminum and composite panels, are already in use at a temporary housing community located at the Salvation Army on East 33rd Avenue and Peoria Street in Aurora.

At a working session of the Douglas County Board of Commissioners on June 13, Commissioners Abe Laydon and George Teal voted to have staff members draft a formal resolution for a temporary housing community. The resolution could receive final approval at a public business meeting scheduled for June 28.

“These [pallets] are safe, clean, aesthetically pleasing, case-managed, camouflaged and, by the way, they support and underpin our application of the code,” Laydon said.

Laydon leads the county homeless initiative. For nearly two years, the county has been working aggressively to find solutions for the homeless community, according to the commissioner.

“Our model is more housing plus, which means, yes … a place where people can spend the night, but it’s also wrap-around services, addictions counselling, mental health counselling, substance counseling. job,” he said.

Laydon also quoted this Decision 2021 of a Larimer County district judge as reason for the county to take prompt action.

“You can’t enforce code or clean up unless there’s somewhere to go, and that’s the key message,” he said.

Initially the Mayor of Castle Rock pushed back about conversations about placing temporary shelters near the justice center. Laydon said those conversations have recently changed.

“We have responded to Castle Rock’s initial letter…which was well received by Mayor Jason Gray,” he said.

Laydon is united with Teal. The third and final county commissioner, Lora Thomas, said she saw the situation “differently.”

“No citizen or law enforcement officer came to me and said, ‘I have a tent city here that I have to take care of, and I can’t do it without shelter. “So I don’t know if we have the problem here … that Aurora has, that Denver has, that Colorado Springs has,” Thomas said.

A public meeting to discuss the proposal is scheduled for Wednesday from 5 to 6:30 p.m. at the Philip Miller Building in Castle Rock.