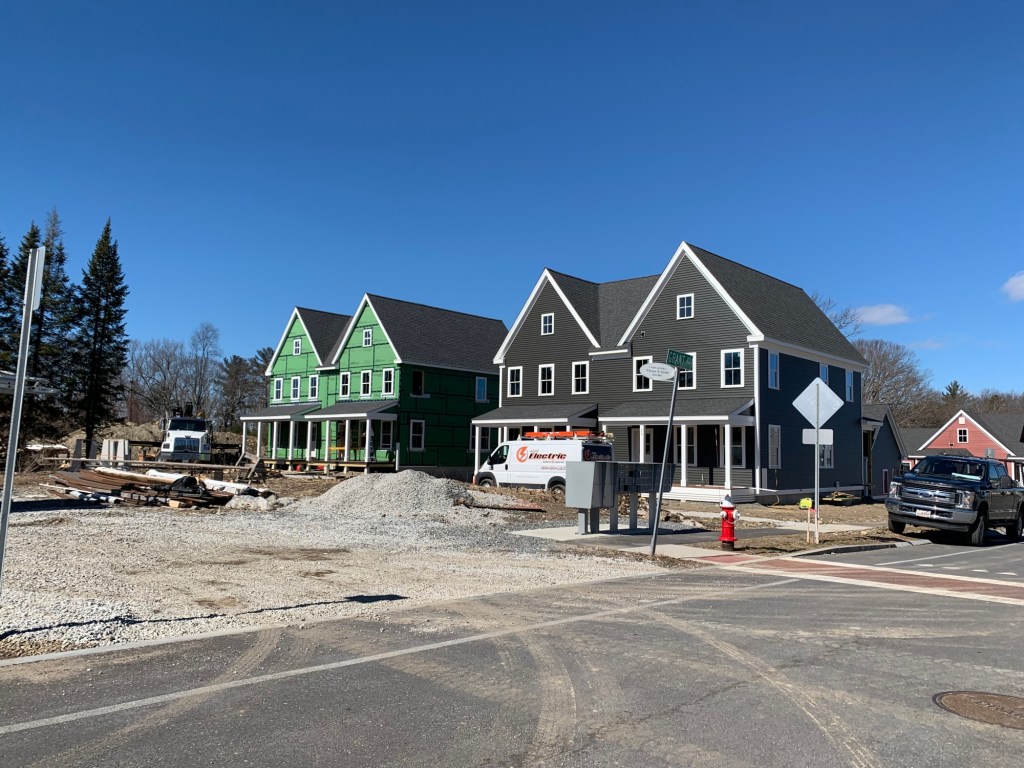 A group of local legislators recently visited Devens to observe the successes of MassDevelopment and its ability to promote much needed housing.

But their appearance also highlighted the inability of MassDevelopment and the three Devens communities to agree on the type of residential development needed to reduce the state’s substantial affordable housing deficit.

State Sense. John Keenan, Jamie Eldridge and John Cronin, along with State Representatives James Arciero and Dan Sena were joined by representatives from MassDevelopment on a tour of the Shirley Meadows and Emerson Green communities of Devens on March 4.

Another purpose of the tour, according to Eldridge, a Democrat from Acton, was to recognize future opportunities to meet housing needs.

The tour began at Shirley Meadows, a three-story, 58-unit seniors’ community with a focus on medical support and affordability.

Later they moved to Emerson Green. This development prioritizes energy efficiency as well as community engagement.

But these projects, because of their specific focus, cannot be replicated on the scale necessary to create housing that the average working-class family in this state can afford.

One Devens property that fits that bill was on Eldridge’s wish list: Vicksburg Square, a nearly 20-acre parcel that once housed offices.

The seven vacant buildings there, totaling 435,000 square feet, could accommodate up to 300 units.

The buildings have stood idle since 2007, due to public safety concerns, but Eldridge insists they could be rehabilitated by MassDevelopment and the state into affordable housing.

Not only would this require rezoning, but the cap on the number of housing units – currently 282 units – allowed in Devens would have to be raised.

Since Devens functions as an area of ​​economic enterprises, most of the vacant land at the 4,400-acre former military base has been set aside for commercial activities.

“There really hasn’t been a lot of outreach (by MassDevelopment),” Eldridge said. “I understand it’s a difficult process, but the only way forward is to take that first step.”

That is not the case, as the honorable senator surely knows.

Any modification involving this package proved to be a laborious and frustrating process.

A zoning change or lifting of the housing cap must be approved by simultaneous municipal assemblies in all three communities.

Two previous efforts by MassDevelopment to raise the housing cap failed to gain support from the three cities, once in 2009 and another in 2012.

In May 2018, MassDevelopment launched what it called perhaps its last effort to save the historic place of Vicksburg.

It was hoped that this effort would culminate in a Super Town Meeting vote in October 2020, but those plans were derailed by the pandemic.

The reasons for the towns’ opposition to the increase in housing in Devens vary.

MassDevelopment currently has a contract with Harvard to educate Devens youth, but Harvard residents apparently won’t approve a redevelopment of Vicksburg Square without a better understanding of its impact on their school system.

Other obstacles include the ultimate fate of Devens himself. Will it eventually become the 352nd community in the state or will it remain a magnet for economic growth?

This example and other examples of NIMBY resistance explain why this state is facing an affordable housing crisis.

In a March 2012 op-ed urging cities to approve an $83 million housing project in Vicksburg Square, the newspaper highlighted the urgent need for more affordable housing.

Over the next 10 years, this need grew exponentially.

Like the simple majority rule recently enacted to facilitate a municipality’s rezoning, it may be time for the Legislative Assembly to amend the law that created MassDevelopment and the operation of Devens.

Rather than unanimity, requiring just a two-city majority could be the catalyst needed to create the coveted housing that Devens can easily accommodate.