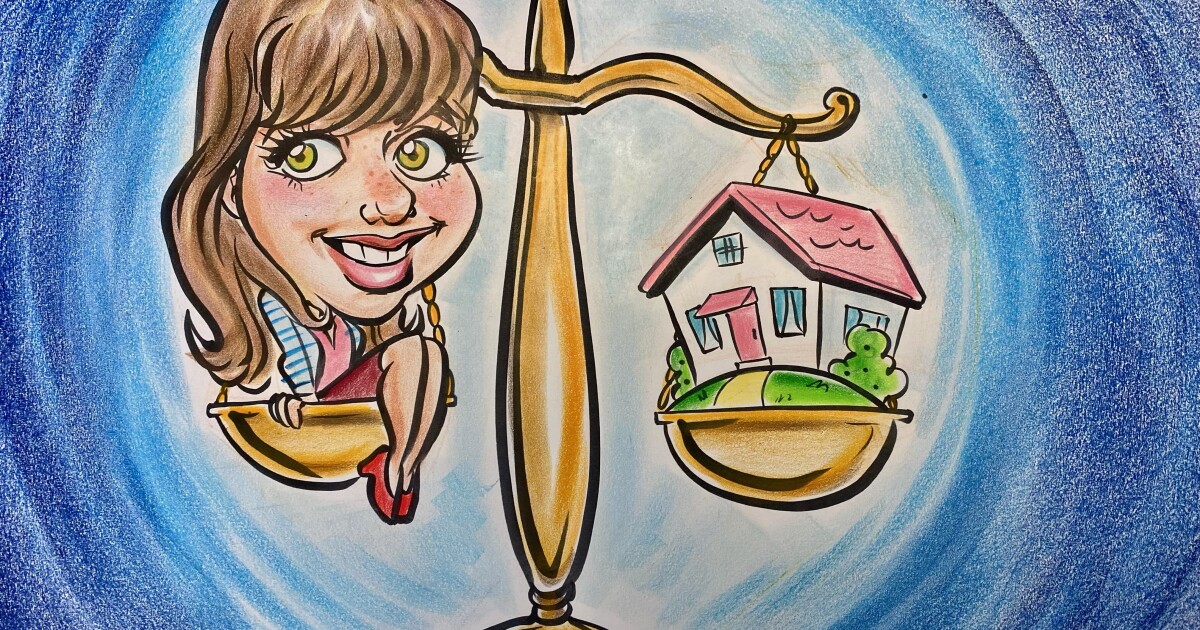 When I started my role at Lookout just six months ago, I never expected the whirlwind of ups and downs to follow. Yes, that feeling can explain the stories I’ve reported, the dates I’ve been (shout out to New Bohemia), and the bike paths I’ve taken – but most importantly, it’s about my accommodation.

You see, when I first learned that I was moving to Santa Cruz, I got to work looking for a good place to lay my head. This eventually led to numerous Craigslist ads, Facebook posts, and at one point, resignation. I wasn’t going to find everything I had originally hoped for, but could I at least find a place that I enjoyed, that didn’t entirely break the bank?

If you read my first piece, you may remember that I ended up living with two roommates in the Westside. Unfortunately – as it seems with many housing situations in the city – this fell apart quite quickly. And instead, I drove daily to our downtown office from my parents’ house in Sunnyvale for two weeks as I continued my research, spending every moment I could outside of reports and journeys to find my place.

Then there it is: a Craigslist ad for a $1,150 room, all utilities included, in a three-bedroom, 2.5-bathroom home in Live Oak, with two roommates and two cats. I immediately wrote to the poster and met her and the other roommate the following afternoon.

A few days later – before returning to the hill for a late birthday dinner with my parents – I signed a month-to-month lease with the possibility of an extension. After a hectic search, with over 20 different ads and messages, I had found my place.

Now, six months later, it turns out that might not be the case anymore – and all for a very reasonable reason. But why, my God, is it so difficult to find and keep a home?

When I was considering moving to the Westside, I was starting to get familiar with what I could enjoy in the area: Humble Sea, Companion Bakeshop and Natural Bridges, oh my! Yet, as soon as it became clear that I was going to be moving to Live Oak instead, I barely had a moment to comprehend what the area had to offer.

As I oriented myself around the neighborhood outside of working hours, I found a lot to like about my new neighborhood. My new gym was only a half mile walk from my front door, I could easily bike or walk to the Windmill Cafe or Cat & Cloud for groceries, and my new place hiking at home, Nisene Marks Forest State Park, was easily accessible by car.

Living in this new neighborhood reminded me of all the reasons I learned to love my old stomping ground – finding the companies, the joys and the friendly faces that made you want to roll out of bed in the morning.

Plus, my roommates are utterly lovely – although they’re too humble to admit it. As corny as it sounds, we’ve spent many a night snuggling up on the couch, cats perched nearby, watching whatever’s on HGTV, or showing off classic rom-coms (who doesn’t like “My Big Fat Greek Wedding”, right?).

Outside of our TV habits, of course, there’s so much else to love: our work ethic in our respective fields, our dry but biting humor, and our collective love of all things fitness. Shit, when I was told she had done two and a half Ironmans, I almost fell out of my seat. How was I so lucky to have such awesome roommates and get them accepted me in this charming house?

Of course, there’s always the option of adding someone else into the mix — and that came in the form of a serious boyfriend. Now, only six months after I moved in, an engagement has slightly changed the dynamics of the house; one of my roommates is also the owner of the house. My other roommate and I wondered if we should move and what we would find if we did. What could we find on the market that looked like this – or should we do our research on our own?

Compare notes with others

The struggles that I have faced are similar to those that some of my colleagues and relations in Santa Cruz have faced.

As you may have noticed, Lookout has grown since I started last summer, which means some of the other new hires have dipped into the Santa Cruz housing market for the first time. We newbies had a long chat about our search, as well as our stresses — paying over $1,400 for a room in a house with noisy roommates, or living in a studio apartment with no dishwasher, full fridge, or laundry on hand. square.

It can be difficult to fully integrate into a community when you’re accepting setbacks in your living space – and even more so when the price isn’t as friendly as you’d hoped.

Sources also shared their frustrations with the housing market. There are those who commute to jobs in Santa Cruz every day from Watsonville or Davenport, unable to find a closer affordable option. There are university students, crammed two or three per room, trying to finish their studies without breaking the bank.

There are those who live on farms in cramped quarters for cheaper than average rents, in exchange for working with the landlord on the property. There are CZU survivors struggling to rebuild their homes even as they pay high rents and mortgages at the same time.

There is even a who lives on a boat, having struggled with the unaffordable housing market for years – while running a non-profit organization providing showers and other services to the homeless.

The problem of market affordability is not unique and not easily fixable in a place like Santa Cruz. The ability to build – let alone build affordable housing – has not been met with much positivity, leading to long wait times for new developments to get underway and even more pressure to find a housing here and now.

This led to even higher results regional housing need allocation numbers, with a December presentation to city council showing a development plan for 3,400 additional housing units for the next round of development, starting in 2024.

With the push and pull of all these different facets of approving a project – not to mention finding a place once the affordable options are available – it can get even most Type A people (cough, cough) to feel like they’re spiraling out of control. What options are there — and how can I plan for the future if there doesn’t seem to be a tangible solution?

Even though it’s been less than six months since I started my role and moved into my current home, it’s been a whirlwind. With the arrangement I’ve signed up to, you never know when something unexpected is going to happen: a college acceptance, a job offer, a sudden move, a death, or an engagement.

As soon as I could, I wanted to make sure we could find a solution to what was (a) an exciting next step for our housemate and (b) an uncertain next step for our powerful female (minus one of the cats) Household . We met and discussed the options – would she sell the house? Would her new fiancé move in? What would happen with the cats?

We wanted to get everything in place as quickly as possible, because, as we all know, life can go by in a rush. The landlord assured me and my other roommate that we would have a house – this house. We all discussed our gratitude for each other, our plans to find her replacement for her room, and how we could all spend some time together before the move officially happens.

I admit I cried thinking about what might change in the coming months – but I also wanted to make sure we could have some girly time before a new roommate was added to the mix, and the life must go on.

With all the “suddenness” of the past few days, it’s also been a semi-quiet realization to know that I’ve had a truly amazing experience living with these two amazing women here in Santa Cruz, and I wouldn’t couldn’t ask for more. But, as we’ve all grown older and gotten used to living in Santa Cruz, I think we can all appreciate the connections we’ve made along the way, even if the future still doesn’t look very clear.

For now, I can only hope to continue the work I have done with this incredible team at Lookout and continue to get to the heart of the affordability issues surrounding our collective housing needs. Stay tuned for more to come – and schedule your HGTV marathons with your housemates or family members as soon as you can.