Good town planning, restoration of vegetation… what the government can do to prevent major floods in the future 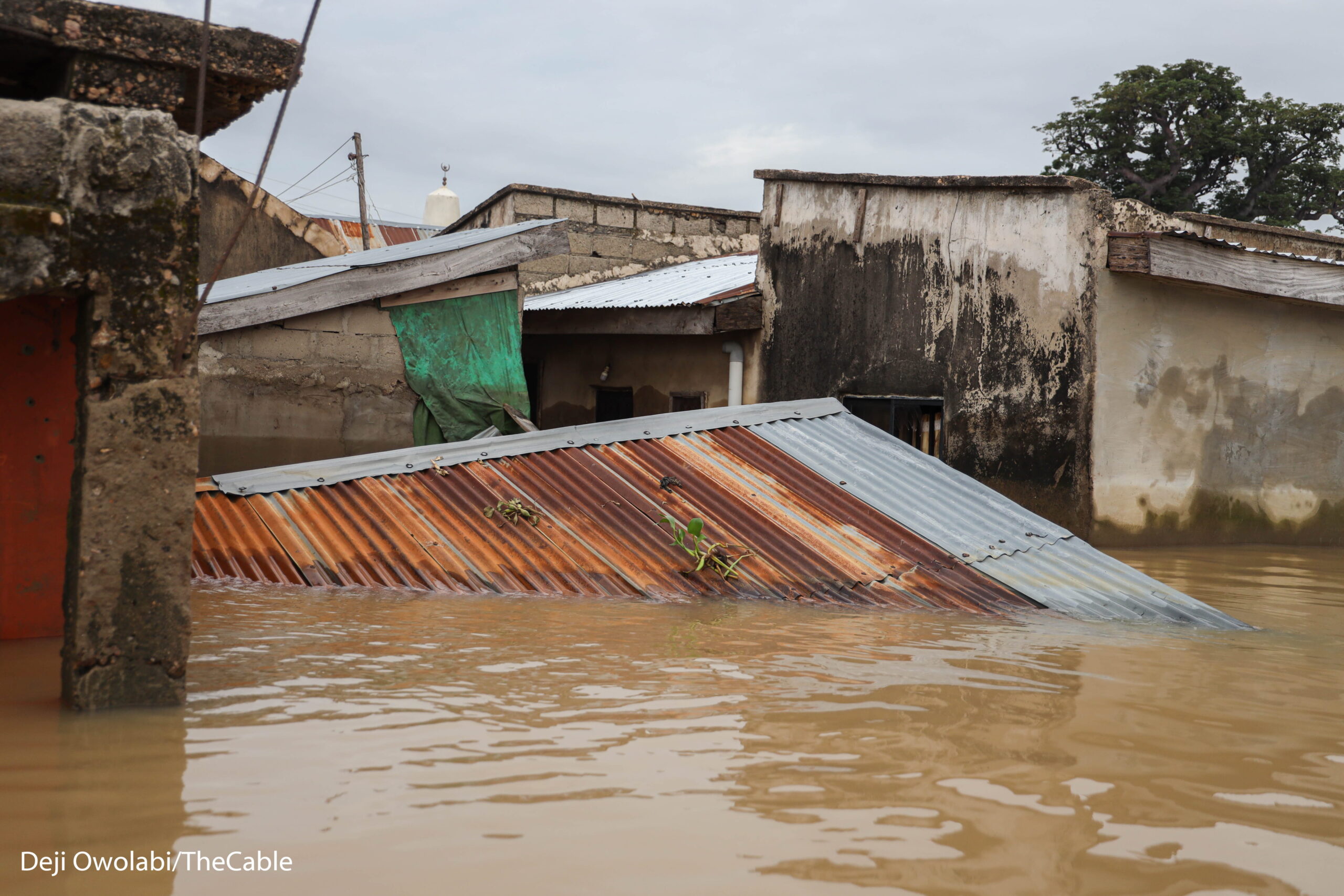 In Nigeria, floods have almost become an annual event. Every time it rains, there are floods. This has been the situation since 2012, when Nigeria experienced major floods that killed more than 300 people and displaced more than two million others. This has led to health problems in communities and food insecurity across the country.

This challenge has continued over the years, although at a slower pace than in 2012. For example, in 2019, a total of 277,555 people were thought to have been affected by flooding and 158 were killed. In 2020, up to 69 people have been confirmed dead and another 165,000 have been displaced. Also in 2021, thousands of people were also affected by the floods.

In 2022, the country hit a new record worse than 2012 – a disaster that has been called the worst flooding of a decade – killing more than 600 people and displacing more than a million others.

These events have sent many Nigerians into indescribable pain. This begs the question, why is Nigeria experiencing so much flooding and what can be done about it?

In this article, TheCable talks to experts about the root causes, consequences and possible solutions.

CLIMATE CHANGE AT THE HEART OF THE SCENE

The increase in temperature causes more water to evaporate into the atmosphere, resulting in a heavy downpour that floods communities. Olumide Onafeso, a physical geographer and senior lecturer at Olabisi Onabanjo University, said sea level rise caused by climate change is part of the reason for increasing rainfall in tropical areas like Nigeria.

He said that as water masses in the ocean continue to rise due to the melting of glaciers and ice caps, “there will be upwelling in the ocean and water of the ocean evaporates. When it evaporates, it forms a cloud, and this cloud now rises in the sky and falls as rain.

“However, the water that melted at the North Pole in Europe has already entered the ocean, so the rain will fall in the tropics and not in the temperate regions up there where it melted. This makes the amount of water volume in the tropics where we are higher than normal, which is why we have more precipitation where we normally had mild rains before,” he said.

Non-resilient cities/human activities: The planning of Nigerian towns has been criticized by a number of experts who say the government is not doing enough to prevent people from living in floodplains or building homes without green spaces or drainage systems. This lack of proper town planning and effective drainage systems has increased the rate of flooding in some areas, endangering the lives of Nigerians.

In addition, human practices of throwing garbage down the drain when it rains impede the free flow of water. Taiwo Ogunwumi, a disaster risk reduction expert, said poor housing structures are one of the reasons houses are washed away by floods. Additionally, Geography and Environment Consultant Chukwudi Njoku said, “Our cities are developed chaotically, so people reside in flood-prone areas, build over water channels, clog drainages with solid waste and indiscriminately cut down trees that would have helped reduce the impact.” floods.

Release of dams: The release of water from the Lagdo dam often occurs when the establishment is filled to the brim. Onafeso said this event is also the result of climate change which has caused increased rainfall.

“You only open a dam when the water is too abundant and out of capacity, so as not to break the dam. And what makes the water too abundant is due to the excess of rain. These are extreme events,” he said.

Water released from the Lagdo Dam normally cascades into Nigeria through the Benue River and its tributaries, flooding communities. If not properly managed – which it usually is – the impact can be devastating. There is also the Oyan dam, The Kainji and Jebba dams on the Niger River and the Shiroro dam in Kaduna which are also filling up following heavy rains.

Ogunwumi said that Nigeria could reduce the level of flooding caused by the release of the Lagdo Dam if it “completes its dam project which can serve as a water discharge point and also fills other vulnerability gaps in the floods”.

IMPLICATIONS OF THE DISASTER

Besides the immediate death and displacement that is usually evident, here are some of the impacts resulting from flooding.

Health crisis: The Nigeria Meteorological Agency (NiMet) has already flagged malaria, meningitis, cholera and pneumonia as some of the diseases that could arise with the rainy season this year. Thus, the floods will affect the health of many populations. The Nigeria Center for Disease Control (NCDC) has already recorded more than 10,000 suspected cases of cholera and 233 deaths across the states. This is the result of limited access to clean water and sanitation facilities, open defecation and poor hygiene practices. This report by TheCable showed how floods worsen the outbreak of diseases such as cholera. Additionally, the communities where the corpses were washed away by the floods could witness an outbreak of disease. Experts warn that communities need to be fumigated to prevent this.

Conflict: Onafeso believes that if flooding continues at this rate, conflict is inevitable, especially in flooded coastal communities. He said the loss of land to flooding could lead to fights over scarce resources between communities.

Food insecurity: Food prices will skyrocket in the face of the challenge. For example, in Nasarawa, more than $15 million worth of rice crops were destroyed by flooding when 4,500 hectares of Olam’s rice farmland at Rukubi Doma LGA was submerged.

Obinna Chukwuezie, media specialist for agriculture, said the flood had affected the food chain and was likely to spread in the first quarter of next year.

“However we look at it, infrastructure, food storage, it has changed the food chain. The implication is that there will be high food prices. Over the next three months, already high food prices will rise,” the agriculture expert said. He added that Nigeria must support farmers who have had to borrow to cultivate their land.

Economic crisis: These floods could also contribute to inflation. Already, food prices have risen dramatically due to the obstruction of food supply and storage. The federal government has also pointed out that transportation infrastructure is worth 80 billion naira was touched.

Tolulope Osayomi, theProfessor in the Department of Geography at the University of Ibadan, said these disruptions will have negative economic implications and affect the flow of goods and services, thus leading to scarcity and inflation. He said poverty will increase because the floods have deprived people of their livelihoods.

“Their livelihoods are gone, so they have little or nothing to fall back on. They will no longer be able to meet their basic needs and this is going to be a very big problem. This will affect the stats; the incidence of poverty will definitely increase,” he added.

WHAT CAN BE DONE TO PREVENT DISASTERS OF THIS SCALE IN THE FUTURE?

NEMA and the humanitarian ministry have sent water purification equipment as well as relief supplies to the states. But that’s only for the short term. Apart from constructing an alternative dam to cushion the impact of Lagdo Dam, experts suggest some of the following as other solutions that can help prevent the situation in the future.

“The more trees we have, the more the ecosystem is preserved. These trees trap rainfall. When rain falls on a tree, before it reaches the ground, it has absorbed it because the tree uses the water. This will affect the amount of water that will eventually reach the ground and therefore help resolve the flood before it happens,” he said.

Early warning: Onafeso and Njoku are of the opinion that the government needs to improve its early warning system in a way that people understand and identify with.

“Early warning helps people to be aware that a particular amount of rain that has been thrown will cause flooding. And from the warnings we can now say that that particular drainage or channel needs to be worked on to reduce the flooding in the urban area,” Onafeso said.

Good town planning: For Njoku, To reduce the impact of floods in the future, the consequences of rapid urbanization and poor urban planning must be addressed. He said people should moving away from floodplains, adding that well-planned cities will help reduce flood risk and residents’ vulnerability.

According to him, “it is the duty of government to plan and regulate the development of cities by applying sustainable urban designs and ensuring that citizens adhere to them”.

As the world heads to COP27 in Egypt this month, Ogunwumi says Nigeria needs to “critically analyze” the devastating annual impact of floods and highlight the need for adaptation, resilience, loss and damage during the conference.

This story is published in partnership with Report for the World, a global service program that supports local public interest journalism.