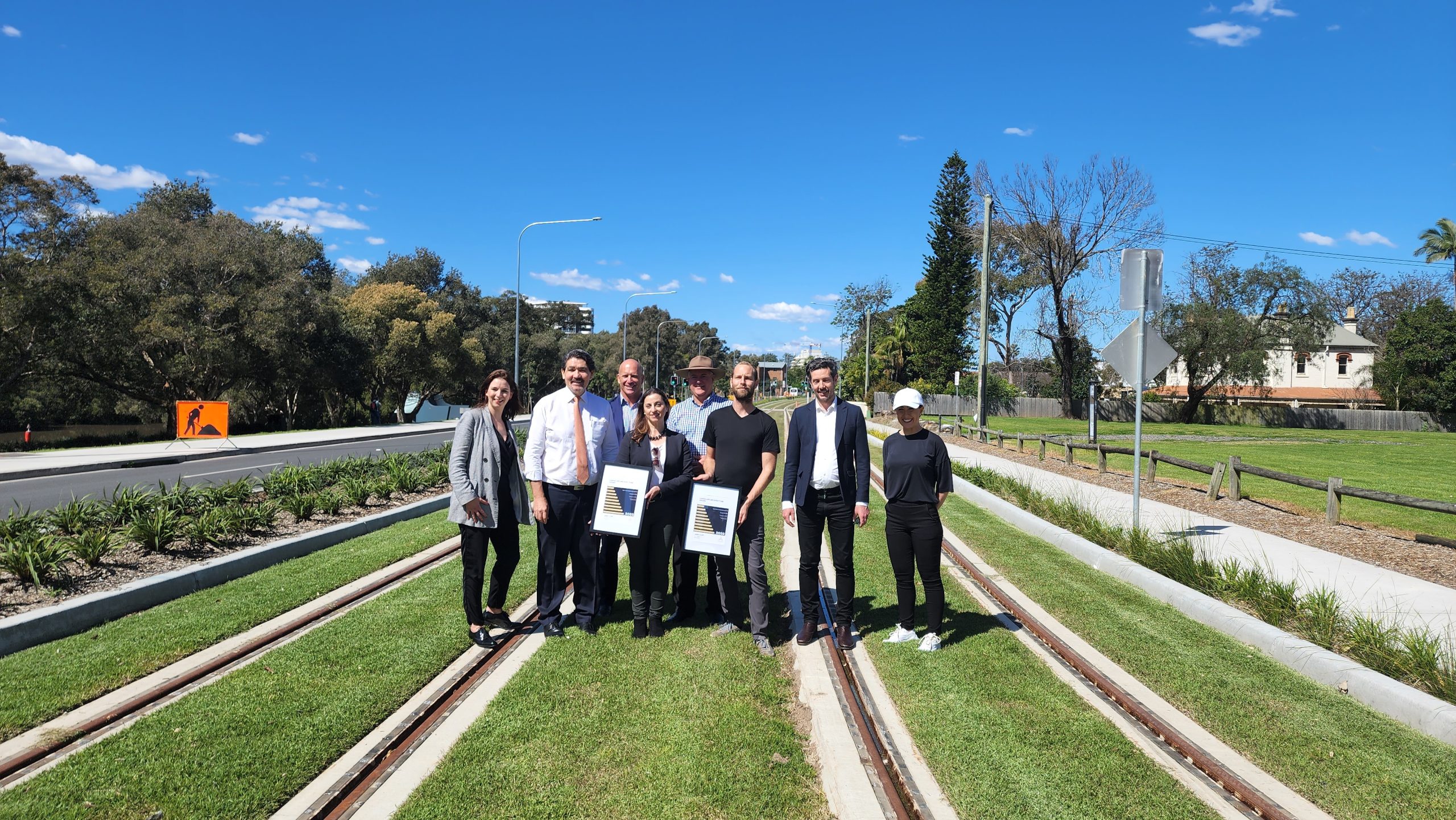 LANDSCAPE ARCHITECTURE: A $2.875 billion urban greening project to mitigate urban heat in Parramatta is turning heads with its innovative redesign of what light rail tracks should look like and what function they should serve in the community.

Taking inspiration from Europe from Porto to Paris, Transport for NSW, in conjunction with WSU and project delivery partner Parramatta Connect, designed a green landscape between and along the Parramatta tram tracks spanning more than a kilometer.

More than 1.3 kilometers of vegetation and grasses have been planted on three sections of railway line within the Cumberland precinct, Robin Thomas Reserve and Tramway Avenue in Parramatta.

Railway tracks no longer need to be gray – green tracks provide many benefits to the urban environment, including reducing the urban heat island effect, improving surface permeability for stormwater infiltration and pollution reduction.

The sections are the first green run laid in New South Wales and the longest in Australia.

Gigi Lombardi, TfNSW Landscape Architect said The fifth state the design took inspiration from the green grass-lined railways of Europe which have long been hailed as hallmarks of good urban design.

From Barcelona to Prague, via Frankfurt, St-Etienne and Strasbourg, grass helps European cities and countryside to fight pollution and reduce heat.

The project presented an opportunity to address growing community concerns about the urban heat currently being experienced in western Sydney, Ms Lombardi said.

“The main inspiration was to provide a runway shape finish that provides significant environmental and public health benefits.

“The response from the community has been overwhelmingly positive as they have witnessed the successful implementation of the Green Trail in three areas of the route where it blends in beautifully with parks, the river foreshore and heritage areas .

The greenway initiative is part of the first stage of the $2.875 billion Parramatta Light Rail program, which includes two major contracts for the construction, operation and maintenance of the light rail (including delivery and l maintenance of the greenway in three areas), clean-up work on the site of the future light metro depot, road and traffic works and development, new bridges, walking and cycling paths, urban development, changes to the network buses and project costs from 2015 to 2032.

Ms. Lombardi explains that some of the main challenges of the project were the lack of technical knowledge and understanding for the construction of green runs.

“It is for this essential reason that Transport for NSW commissioned Western Sydney University to carry out research and make recommendations on constructability, soil composition and depth, drainage, irrigation plant species , etc. A key recommendation from this research was to build a prototype at the alignment location and test it for 12 months to inform the detailed design phase.

The project is now in the running for the Australian Institute of Landscape Architects’ national awards to be presented on October 14, having won two prizes for the NSW state competition in June.

The jury praised the innovation and practicality of the project and said it paved the way for similar projects in the future: “The intellectual rigor and commitment to collaboration between disciplines such as engineering, climate science, soil, biodiversity, and landscape architecture demonstrate a truly integrated and creative approach to design.

“The problem solving is elegant and unyielding, the result transformational and no doubt that will enable more sensitive and systems-based approaches to creating resilient, cool and inspiring places in the future.”

Ms Lombardi is currently working to explore the possibilities of providing green tracks for the second stage of the Parramatta light rail to link the first stage and the central business district of Parramatta to Sydney Olympic Park via Camellia, Rydalmere, Ermington, Melrose Park and Wentworth Point.