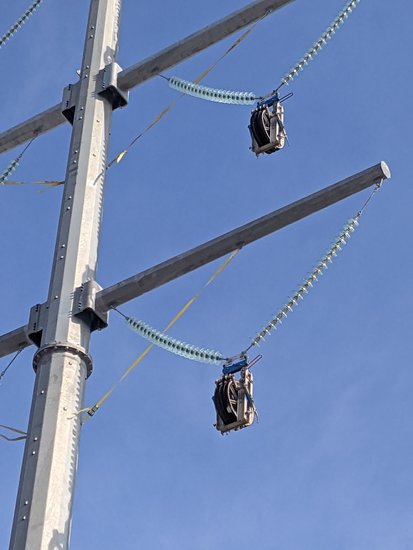 GUILDERLAND – Residents received updates on a number of planning issues in Guilderland during an April 12 morning meeting with planner Kenneth Kovalchik.

The meeting was recorded and posted online by resident Gerd Beckmann.

Water consumption was discussed and framed in a more holistic context.

The demand is such that Guilderland is seeking grants to try to rehabilitate two of the city’s three wells, which have unacceptable levels of iron and manganese, with a filtration system. Both of these wells currently do not meet the standards set by the Federal Environmental Protection Agency, so the ministry is seeking grants to bring these wells back into service for the summer, when demand is highest.

The city’s third well is recommissioned in the summer when usage is peak. The state grant the city applied for in November, if awarded to Guilderland, would cover up to 60% of costs or up to $3 million, whichever is greater.

Water needs to be addressed in the city’s full plan update, Kovalchik said, a process the city has started in earnest.

Half-acre and one-acre residential lots are the biggest demands on the infrastructure of municipalities in general, Kovalchik said, because it costs money to provide their water services, sewer, fire and police.

“Commercial, industrial or multi-family complexes are what really solidify your tax base,” Kovalchik said. Different types of single-family homes should be discussed so that there is less water demand during the summer.

For example, prices got so high in the Fort Hunter Fire District that approval was needed to increase the percentage of firefighters who could live outside the district from 20% to 40% because volunteers can no longer afford to live in Fort Hunter.

A resident noted that developers had scooped up land along Route 146 between Route 158 and Altamont, and how there is now talk of extending a water main along the same route, which would only exacerbate the development problem.

Kovalchik then spoke about a project that was recently presented to the city’s development planning committee. Proposed next to Gun Club Road near the village of Altamont, the approximately 161-acre cluster development would consist of 41 lots that would leave 100 acres of open space.

“There are issues with the amount of water from the village of Altamont,” Kovalchik said, so the proposal was to extend the water main from the corner of Routes 146 and 158, which could cost more. of a million dollars.

Altamont has had additional water issues of late, having had to shut down its Brandle Road wellsite – the source of 30% of its water supply – due to a high manganese reading. The village does not know when the site will be online again.

“But there are still sewer problems,” Kovalchik said.

He said he received a recent call from a real estate agent who was looking at a large plot of land on rural Gardner Road, which has a number of large lots, for a subdivision project, but there are no mains. water or sewer on this road. .

He noted that new and improved power lines will terminate at the National Grid substation in Nova Scotia and how that extra capacity will be drawn from numerous renewable energy sources. “The going rate for solar leases is between $1,000 and $1,500 per acre per year,” he said.

Kovalchik said a number of large-scale facilities — those producing 5 to 8 megawatts, which is largely what the city sees — require a minimum of 25 to 40 acres of land. But the good thing about solar is that in 50 years the installation could be uninstalled whereas a house could not.

He then turned to the city’s own attempts to keep open spaces and how Guilderland recently created its own conservation easements program. Residents who agree not to build on their land for a predetermined period of time receive declining tax relief from the city.

But for the program to succeed, Kovalchik said, it needs buy-in.

The biggest item on Guilderland residents’ tax bill each year isn’t what they pay to the city or county, it’s their school taxes. And the city’s six school districts have yet to sign on to the program, he said.

Kovalchik pointed to a similar but little-used conservation easement program in Bethlehem where most of the land that would use the tax relief is located in the southern part of the city, Selkirk, which is the Ravena-Coeymans-Selkirk Central School District. .

Kovalchick told the dozens of attendees at the meeting that he considered the proposed development of planned units on Winding Brook Road near the YMCA to be “dead”.

Known as the Winding Brook Commons, the project provided 283 apartments in 24 buildings with 80,500 square feet of retail space including a mixed-use office building, bank and restaurant. The project was a scaled-down version of another never-built project proposed some 15 years ago, Glass Works Village, which Kovalchik said in 2018 called for 200,000 square feet of retail space and 360 apartments.

Kovalchik speculated that the installation of an expensive center turn lane from the project site to approximately Highway 20 to the Knockout Carwash may have been one of the reasons the developer walked away from the proposal.

Dutch Mills Acres, another project that was presented to the city’s development planning committee last year, continues to progress.

Rosetti Properties of Colonie in January 2021 proposed a 96 townhouse development on Carman Road. Kovalchik said the state Department of Transportation reviewed the Dutch Mills Acres proposal and determined there would be no access from Lone Pine Road – the plan initially called for two access points.

“The plaintiff is now working with DOT on access to Carman Road,” Kovalchik said.

Two projects that have received city approval but whose future is still in question are Pine Bush Senior Living on New Karner Road and Beacon Meadows on Mercy Care Lane.

The 65-unit Beacon Meadows was to become Guilderland’s first development for seniors aged 55 and over, adoptive families and young adults with developmental disabilities. While Pine Bush Senior Living was to become 86 affordable units, with rents ranging from $444 to $1,244 per month.

But both projects depend on millions of dollars in competitive public funding to build, and Beacon Meadows has already had its grant application turned down – Kovalchik thought more than once.