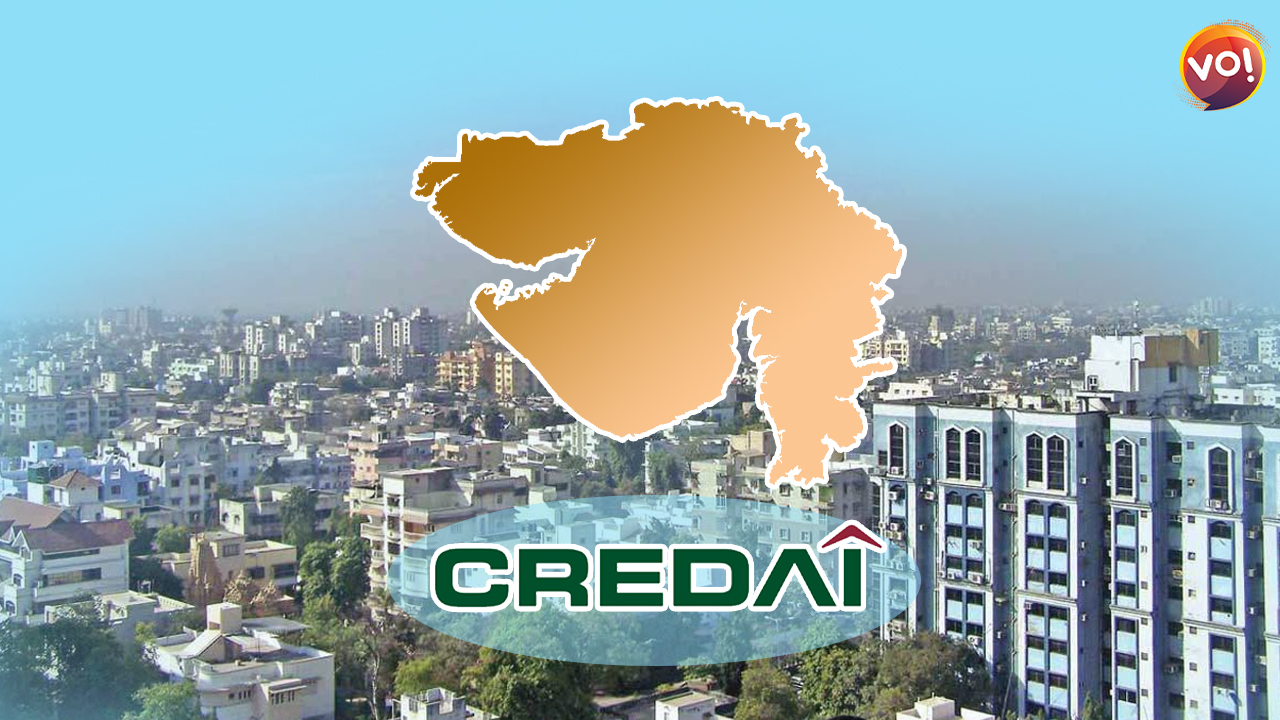 Think of Ahmedabad and you would imagine posh malls, high-end cars, good roads, the riverside… But what do the members of the Confederation of Real Estate Developers Associations of India (CREDAI) think of this city? ? “Ahmedabad is not a smart city”, is how the members of CREDAI began their presentation on an urban plan.

National level planners Keshav Varma, the 1976 cadre IAS officer from Gujarat, and Mukesh Kumar, IAS, who is the principal secretary of the Department of Urban Development and Urban Housing, and members of the Department of Housing and of urban planning joined the conference to discuss how Ahmedabad can become a better city.

Real Estate Regulatory Authority Chairman Amarjit Singh was also on the panel. The meeting was held at the Riverfront recently. VOI has details of what happened at the meeting. Most importantly, the urban master plan was for new locations in Ahmedabad, such as Vaishnodevi Circle and Shilaj. These sectors are among the sought-after localities. The plan emphasizes infrastructure such as roads, drainage, drinking water, street lighting, etc. The area covered by the program is approximately 10 lakh var (one var equals 9 square feet).

Samir Sinha, director of Savvy Infrastructureand Tejas Joshi, Chairman, CREDAI Ahmedabad-GIHED, and Managing Director of Vivan Infrastructure, presented the town plan to the personalities. They started by presenting an image of Ahmedabad with potholes and infrastructure damage from just five inches of rain recently.

To develop a planned city, some of the crucial elements presented by Joshi included a lake in the middle of each project to solve the problem of water drainage, greener spaces, wider roads and paths. “CREDAI has developed a master plan to give a demonstration of how Ahmedabad can have world class infrastructure and ease of living. In the old city, we hardly see any drainage problem as it has been well planned and we want to replicate the same for new neighborhoods in Ahmedabad,” Joshi said.

He added that just as RERA governs builders, CREDAI’s urban plan should also be a governing body for seamless implementation of the project. “The representatives who attended the meeting were impressed with the presentation of the CREDAI members and it is likely that the plan will soon be implemented. The government welcomed our suggestion,” he said.

In 2019, then CM Vijay Rupani inaugurated GIHED CREDAI property fair in Ahmedabad and he also approved nine master plans for urban areas. The plans were for Nadiad and Wadaj.

Established in 1980 as the mouthpiece of the construction fraternity in the state, the Gujarat Institute of Housing and Real Estate Developers (GIHED CREDAI) has observed and studied the real estate and infrastructure sector of Gujarat. GIHED CREDAI has played a big role in Ahmedabad’s current position as one of the top real estate destinations in the country.