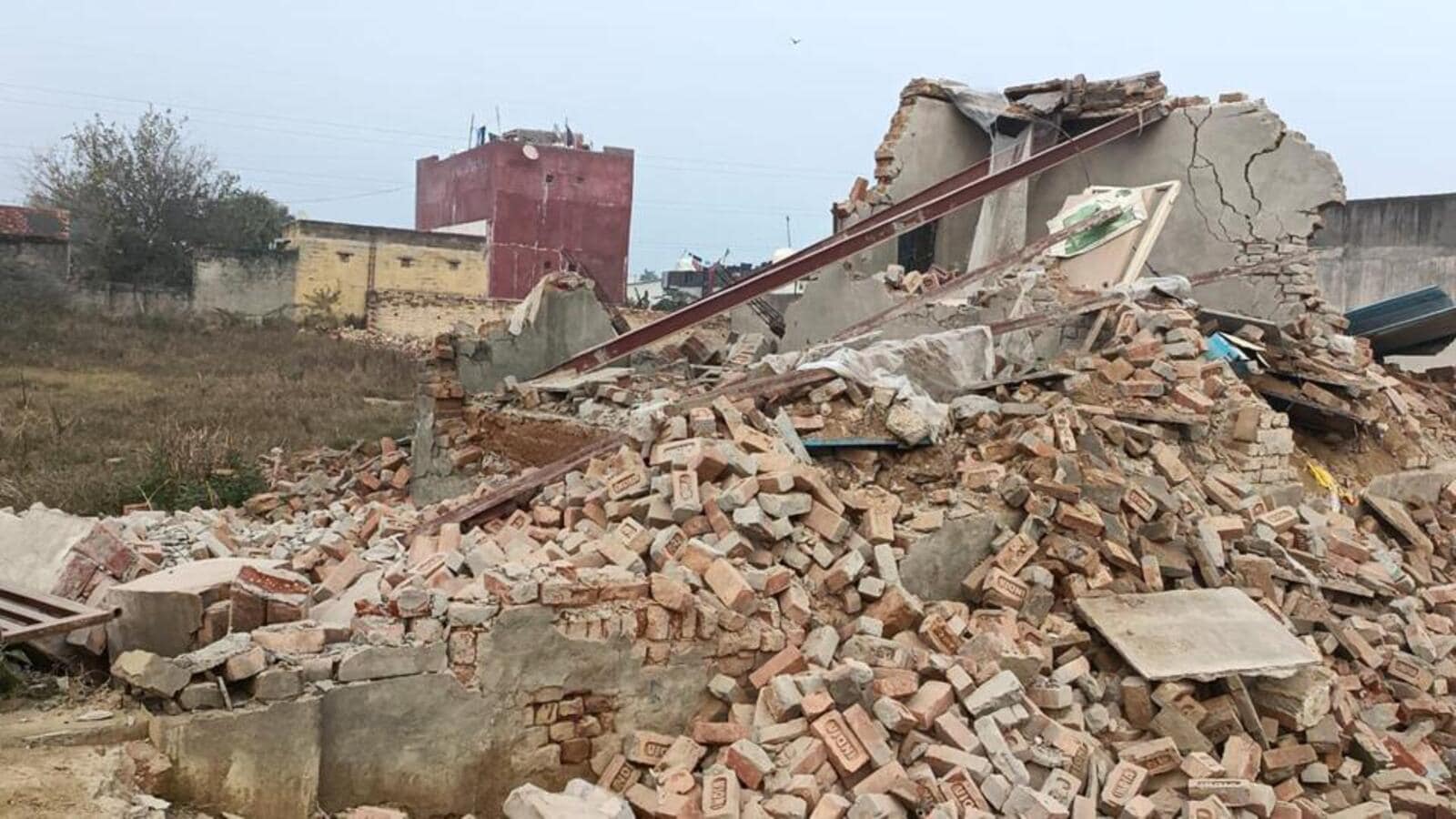 The Law Enforcement Wing of the Land Use Planning Department carried out a demolition campaign in Areas 93 and 94 on Friday and cleared illegal construction from a 10-acre lot.

The Department of Land Use Enforcement Department carried out a demolition operation in Areas 93 and 94 on Friday and cleared illegal construction from a 10-acre lot. Officials said three settlements were being developed in the area without any permission or license.

RS Bhath, district planner (enforcement), said 20 structures under construction, 59 plinths and 10 boundary walls were demolished. “We had issued notices to the invaders and the owners but they gave no satisfactory response. These settlements are illegal and the demolition had to be done,” he said.

According to the ministry, Sector 93 is a residential area while Sector 94 has been designated as open space. “Any settlement construction or development in this area requires permission from the state government and a license from the land use department,” officials said.

Bhath also said that after taking action against illegal settlements to the east and south of the city, they have now decided to focus on areas along the Dwarka highway as they have received complaints from encroachments.

“We have asked our teams to carry out a survey along the Dwarka highway and identify illegal settlements. We also call on buyers not to invest in such settlements as all their savings would be blocked,” he said.

Successfully subscribed to the newsletter

Thank you for subscribing to our Daily news capsule newsletter.