Gurugram Planning Department is leading a demolition campaign in Sohna 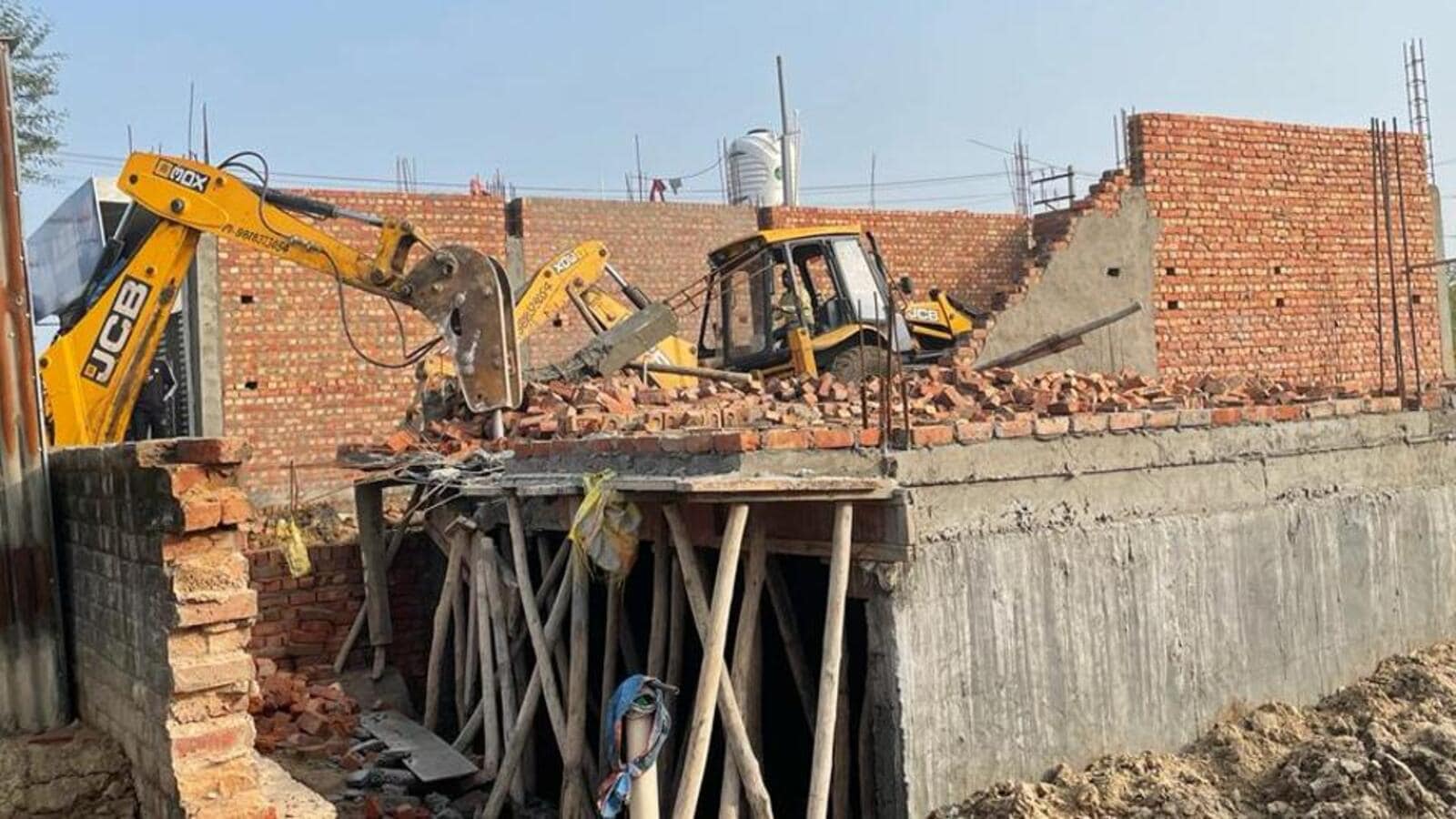 The Law Enforcement Wing of the Department of Land Use Planning (DTCP) carried out a demolition campaign in Bhondsi on Wednesday. The department cleared 10 acres of land on which five illegal settlements were allegedly developed without any government permission or license, officials said. They added that despite repeated warnings, construction had not been stopped.

RS Bhath, district planner, law enforcement, said six houses under construction, a property dealer’s office, 25 plinths and boundary walls were demolished. “These settlements were in the initial stage of development and were demolished by the execution team after we issued notices to owners. We again urge buyers not to invest in such settlements as they have no clearance and are likely to fall under the hammer at any time,” he said.

On Tuesday, the enforcement team had carried out a demolition campaign in Farrukhnagar, during which they cleared 30 acres of land, on which six illegal settlements were emerging.

In a separate development, Haryana Shahari Vikas Pradhikaran imposed fines worth ₹5,000 each against 25 traders, who would have encroached on the free space of the market. HSVP officials said if violators continue to encroach on spaces, FIRs will be registered against them and occupancy certificates will be revoked.

An HSVP official said residents made repeated complaints about encroachments in the Sector 14 market and also observed several violations during their inspection. “Some traders rented the gallery and the common space in front of their stores to vendors, which obstructs the market and leads to congestion. Action is taken against violators and videography of the market is taken daily,” he said.