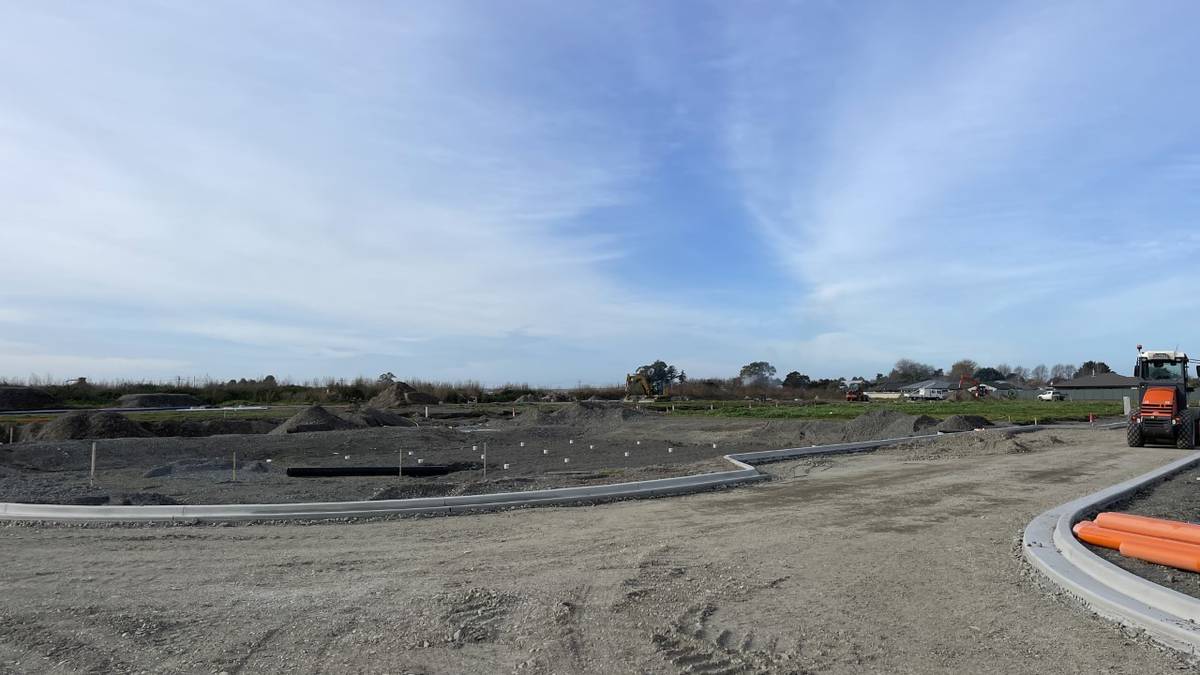 Earthworks are progressing at a steady pace for Flaxmere’s new homes.

A decision on which development body will be given the green light to build new homes in Flaxmere will be made soon.

With road and pipeline works underway, Flaxmere Trades is teaming up to give itself the best chance of winning tenders or sub-contracting opportunities to participate in the projects.

Earlier this year, infrastructure work began on two of the three sites which will provide up to 150 new affordable, quality housing units in the suburbs.

Council chief executive Nigel Bickle said it was exciting to see the amount of work that has already been done at the Flaxmere Ave and Swansea Rd venues.

“Now you can start to see these developments take shape – at the end of this year the homes will be built at 244 Flaxmere Ave, and then we’ll see more in the downtown area from the middle of next year.

“Despite all the challenges of Covid-19, it is fantastic that this work has continued at a good pace, and the next step is to find suitable developers to buy the sites and build the houses.

“It’s about providing affordable housing for our people.”

The council is working with three developers to broker a deal that will result in warm, dry and healthy homes for the community.

Bickle said that through negotiations the council was seeking the main outcomes of affordable and healthy homes, with an emphasis on finding local tradespeople to build them, if they were suitable and suitably qualified.

“It was great to see Flaxmere marketers already coming together and preparing to have discussions with developers about building Flaxmere from the inside.”

The Board expects Preferred Proponents, where applicable, to utilize qualified and capable Pāharakeke-based and/or local trades, contractors, sub-contractors and firms (including training/training pathways). learning). The final decision, however, will be made by the developers.

At 244 Flaxmere Ave, where about 45 homes are expected to be built, Three Waters pipe work is nearing completion and utilities will be installed in the coming weeks.

Curb and canal concrete has been poured for the new roads, with the service infrastructure project due to be completed by September this year.

Behind the shops in Flaxmere Village, land is being prepared for another 40 homes. Since February, the area has been transformed with earthworks now complete on the northern part of the site. The rainwater network is almost complete and the sewer pipes are being laid.

At 72 Caernarvon Drive, the design work has been finalized and the council is now launching a tender for the civil works. This site should deliver about 60 housing units.