Have mercy on CT’s wealthiest cities ‘bullied’ by affordable housing 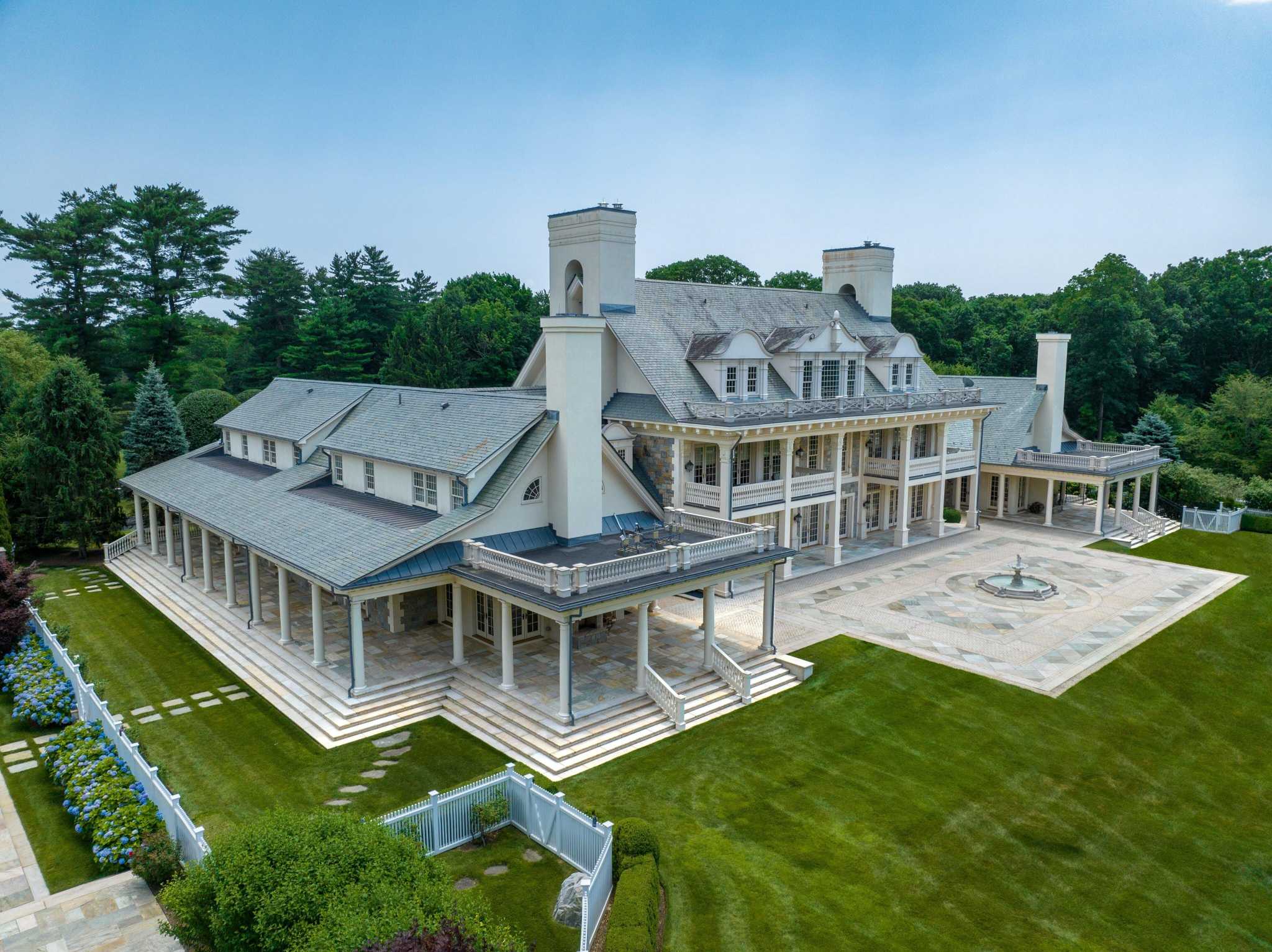 Finally, a solution to Connecticut’s housing crisis. Greenwich, as always, to the rescue.

Only a few minutes by car from the city center, a newly listed property has room for dozens, if not hundreds of people with its nearly 18,000 square feet of living space on 19 acres, as well as a 30 (yes, thirty) car garage. A wine cellar and a “golf simulation room” are also included, whatever that means. Asking price: $33.8 million.

It must be that neighborhood character that people always talk about.

Unfortunately, there is a catch. Like most of Connecticut, this home is in a single-family area, so unless you’re closely related to the landlord, you probably can’t move in. But imagine if someone tried to turn it into, say, a duplex. The city would never stand it.

This home is in an area that requires 2 acres for each residence, which is dense by local standards, as north of Merritt Drive is mostly 4-acre zoning. It is not serviced by city sewers (according to the Connecticut Zoning Atlas set up by the Desegregate Connecticut group), but has 19 bathrooms, so the septic system should be pretty solid. Maybe one of those New Yorkers who fled the city during the pandemic will use it as a place to finally settle down.

This house might be dismissed as Greenwich being Greenwich, but it’s a good example of the absurdity of Connecticut’s land use regulations, which hurt everyone. Single-family homes are the rule, and wealthier cities routinely exclude people by denying affordable, multi-family housing. It’s bad for the economy, not to mention potential future residents who will never move here.

There has been progress, in that more suburban leaders recognize that this is a legitimate problem. But above all, they insist that it is the cities that should solve it. This belief also blocked local action in the suburban-dominated General Assembly.

The fight now heads to the courts. Cities that have resisted change may not like where it is.

A lawsuit recently filed against the town of Woodbridge succinctly lays out all the ways Connecticut’s suburbs fall short of their homework. A group of advocates led by the non-profit Open Communities Alliance have attempted to build multi-family housing in the city, which flatly denies it on 98% of its land. They were dismissed and have now challenged the decision in court.

Their case is solid.

When it comes to housing, cities have obligations—to address disparities in housing need and to promote economic diversity, among other things—under the state Constitution and general bylaws. That they got away without fulfilling these obligations for so long doesn’t mean they don’t exist. There is no doubt that Woodbridge and other towns fall short.

Woodbridge’s proposal wouldn’t be out of place — it’s for a four-unit building that would have the same dimensions as nearby single-family homes, and therefore wouldn’t look any different to a passer-by. The plot is not serviced by city water or sewer, but that’s not necessary – a well and septic tank could support the new homes, much like the giant house in Greenwich. Rather than harming the environment, as opponents charge, multi-family housing reduces energy consumption because shared walls require less heating for each unit.

Building this four-unit proposal in Woodbridge would not solve the housing crisis. But it would open the door to real progress by showing how a workable solution could please everyone. It’s not a 10-story building in someone’s backyard. It is not an eyesore that would cover wetlands. It’s something that would allow people of more modest means to live in the town where they work, because now, according to the lawsuit, only around 6% of jobs in Woodbridge are filled by residents, while everyone else sits in traffic.

It is impossible to predict where the case will go. Connecticut schools are dramatically separated, and yet a pair of gigantic desegregation lawsuits over the past few decades have led mostly to endless litigation, incremental progress, and voluntary remedies that don’t change the big picture. But a judgment against Woodbridge could prompt many cities to do more than talk about affordable housing.

It should be clear why we are here. Far from helping to solve the problem, residents of wealthy suburbs say they feel ‘harassed’ when affordable housing is offered. “We’re not bad people,” a New Canaan CEO told a recent economic forum, as if that was the point. At the same time, the Governor seems to be doing everything possible to be unnecessary. When asked about Woodbridge’s pursuit on Connecticut Public Radio recently, a Greenwich resident Ned Lamont said he doesn’t think this is the way to go. Instead, he said, Woodbridge should “tell us where you would like to have accommodation that your teachers, firefighters and cops … can live in.”

And if the city doesn’t want to, then what? The governor said nothing.

His opponent, Bob Stefanowski, in what might work as a campaign slogan, is somehow even worse.

No matter what, no one will be forced to move into a multi-family unit. The neighborhoods will not be redone.

Perhaps, however, we will have a system where more people can afford to live closer to their work. And surely someone there has been looking for a house with room for 30 cars. Everyone wins.

Hugh Bailey is editorial page editor for the New Haven Register and the Connecticut Post. He can be reached at [email protected]