Here are three signs the Seattle-area housing market is cooling 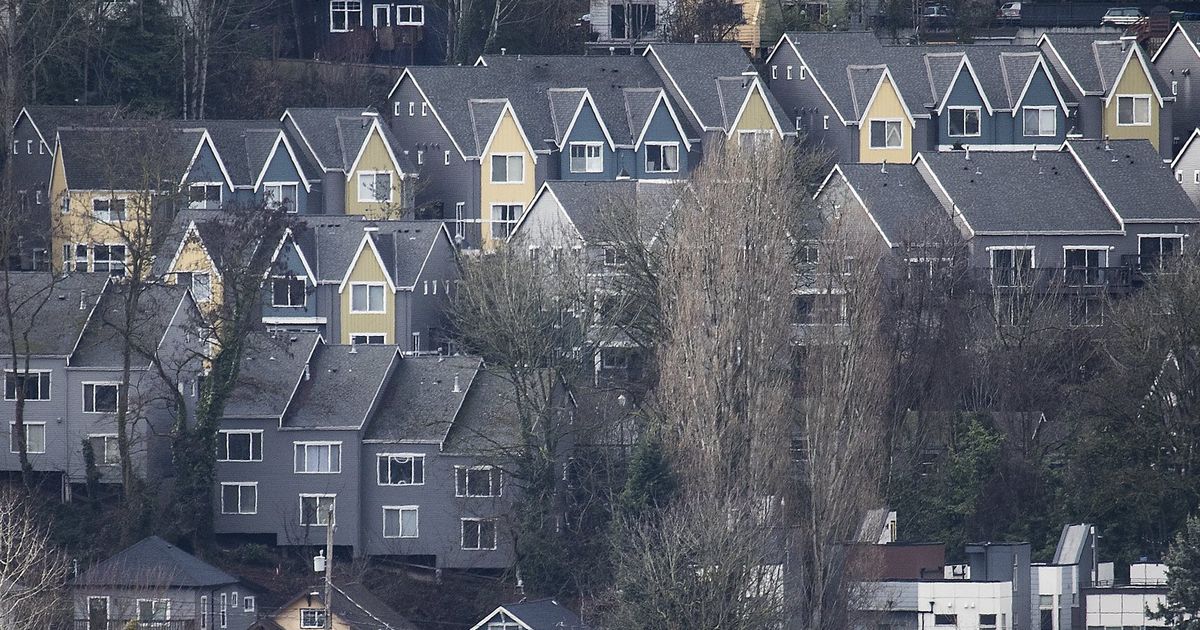 Where local homebuyers once found bidding wars, cash offers and record price increases, they are now finding something closer to ‘normal’.

Buyers and sellers closed fewer deals last month than the same time a year ago, according to data released Monday by the Northwest Multiple Listing Service. Sellers lower prices, buyers find some wiggle room, and prices seem to stabilize.

After nearly two years of frenzy, “I feel like the market is correcting itself,” said Debbie Barbara, an Eastside-based Redfin agent.

Homes don’t fly off the market as quickly

More new single-family homes and townhouses came on the market throughout May, good news for buyers struggling with scarce inventory.

But more homes were still on the market at the end of the month as well. This is a sign that buyers are moving slowly or pausing their search altogether.

In King County, 73% more homes were listed at the end of May than at the same time last year. In Pierce County, 74% more and in Kitsap, 43%. In Snohomish, more than twice as many listings were still active at the end of the month.

Similarly, a measure comparing the current supply of homes to demand, known as “months of inventory”, estimates that it would take three to four weeks to sell available homes in the four counties. At this time last year, it would have taken about two weeks or less.

“Yes, the market is slower than it has been,” said Snohomish-based RE/MAX broker Zach Hensrude. “But where we’re at is really at historic speed where people are making decisions in 15 minutes to buy a house.”

Fewer and fewer buyers are taking the plunge

The number of pending sales – meaning both buyer and seller have agreed to the deal, but it hasn’t yet closed – fell across much of the region last month from it a year ago.

Declines ranged from about 7% in Pierce County to 18% in King County. Kitsap County was an outlier: pending sales were up 9%.

The same goes for condos: About 16% fewer condos in King County were put on hold in May.

Some buyers find it difficult to afford rising interest rates and higher mortgage payments. Others wait because of uncertainty.

In a region dominated by tech companies that offer stock options to their employees, homebuyers hoping to tap into those stocks to buy a home may be unsettled by the recent stock market plunge.

“They’re not able to get the loans they wanted using those stocks,” Barbara said. “People who thought they could buy a house worth over a million can’t.”

And with more homes and less buyer interest, prices are falling.

Hensrude cited a recently renovated two-story, four-bedroom home in South Everett that hit the market at $900,000. After just one to two screenings a week and sparsely attended open houses, sellers dropped the price to $860,000 last month. They received an offer and accepted it, Hensrude said.

Additionally, the buyer has included contingencies such as the ability to get a home inspection and sell their own home first. These types of buyer protections have been rare in the super hot seller market of 2020 and 2021.

Barbara recently represented sellers who, after some back and forth with buyers, accepted an offer of around $50,000 below list price for their five-bedroom home in Sammamish.

“The fact that we negotiated – it’s just something that I haven’t had to do in a very long time,” she said.

What does all this mean for house prices?

We are always trying to find out. Home price data reflects completed sales, which generally took place about a month earlier. Thus, the numbers lag behind other indicators.

Median home prices were virtually flat in the Puget Sound area from April through May.

Median prices have increased by double-digit percentages from a year ago, but these increases are becoming less dramatic.

Year-to-date, home prices have risen about 29% in King County, 14% in Snohomish, 11% in Pierce and 9% in Kitsap. In all counties except King, these are lower increases from January to May than last year.

Home buyers will be relieved to say goodbye (for now) to the fierce competition of the past two years. But prices in the region will remain out of reach for many people.

Before the pandemic, Anthony Miller saved aggressively to scrape together what he expected to need to buy a home: a 20% down payment for a $400,000 home. He lived with his father, prepared meals and avoided unnecessary expenses.

But reality hit him when he started shopping and bidding on homes. As he looked around the Bonney Lake area, the types of homes he once expected to be vying for “have gone up by $100,000,” he said.

“I went to work and saved my money,” said Miller, who works as a biomedical technician at a hospital. “But even with that, it seems like I don’t have enough money yet.”

He plans to wait another year before trying again.

“In reality,” he said, “unless prices start to come down, I don’t see myself buying a house anytime soon.”