How prioritizing vulnerable communities can lead to better urban design 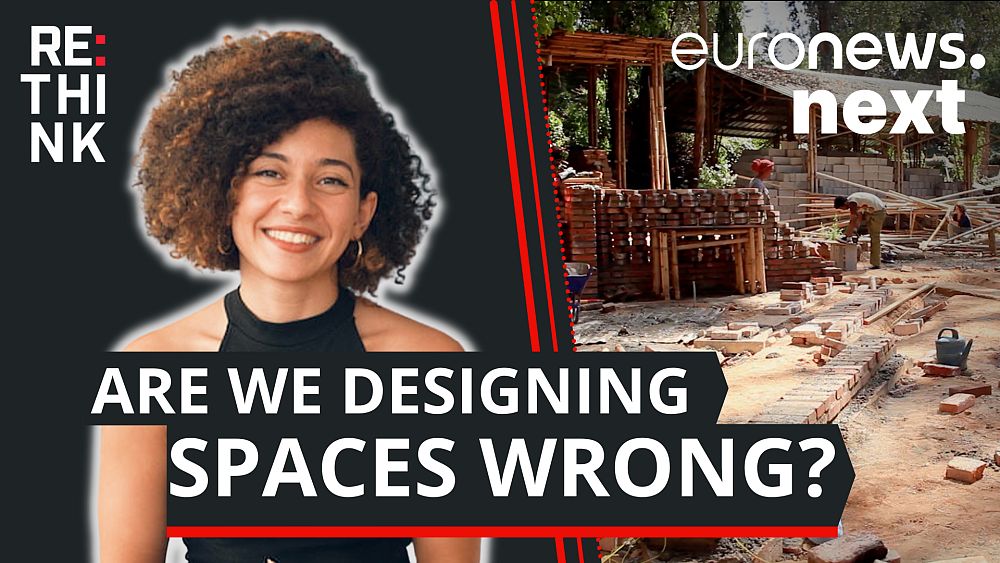 What is the most important thing when designing an urban space? According to Meriem Chabani, it’s asking the right questions.

“The first thing to take into account is the need,” said the Franco-Algerian architect and urban planner. “If we don’t understand very precisely what we are trying to achieve, we are sure to fail. It is not necessary to have the perfect answer to the wrong question.”

Asking the right questions has been a major focus in Chabani’s career, inspiring him to acquire the tools to carve out his own space in urban design.

This desire led her to co-found New South, an architecture and urban planning firm based in Paris.

Chabani says New South aims to “bring vulnerable communities to the center of city-making” by conducting anthropological research to inform built projects around the world.

From margin to center

According to Chabani, one of the biggest mistakes made by many architects and urban planners is designing for the majority, or those with the most social capital.

“I think the most careless thing we’re doing in design right now is thinking there’s a standard body we’re designing for,” Chabani told Euronews Next.

“Obviously, we exclude a variety of bodies, whether they are able-bodied, disabled, of different sex, of age”.

This exclusive, Eurocentric view can be detrimental to local populations, says Chabani. She talks about urban renewal projects that demolish large apartment buildings considered “horrors”, only to end up destroying the communities that live there.

“Town planning is a very powerful tool to control the distribution of a population, who gets to live where,” she said.

Frustration with this status quo sparked in her a desire to take a different approach that brings people from the margins to the center, says Chabani, quoting American feminist writer bell hooks.

This has been the driving force behind New South projects, which range from sacred space designs to private commissions to housing.

Sometimes even the language used in the design is inappropriate for the environment it’s set in, Chabani says.

In 2016, she led New South’s research cycle on housing in Africa, a project entitled “Membrane: an odyssey in domestic space”.

She and her colleagues deliberately avoided the word “home”, instead focusing on the actions that take place in different living spaces to determine how to design better housing in modern African cities.

Chabani said that once they removed English words such as “bedroom” and “kitchen” and asked the students to focus instead on how different spaces were used, the conversation changed dramatically.

“We would have people describing sleeping in places that we wouldn’t necessarily associate with sleep, for example, the kitchen,” Chabani said. “By removing English words, bringing in local words in Amharic, we realized that different spaces and ultimately different architecture were possible. By looking at local practices and local uses of space, we can reinvent the way we design the architecture”.

The politics of public space

New South defines her practice as “decolonial,” which, according to Chabani, means understanding the dynamics of power and the complex connection between politics and public space.

Urban spaces are deeply political, says Chabani. They are places of free gathering to exchange, celebrate, protest. She believes it is the duty of architects and planners to champion these types of spaces when designing.

In 2019, Chabani helped negotiate the creation of a new public space in central Myanmar when New South was selected to design a cultural center in Taungdwingyi Rural Municipality.

The facility was commissioned by a group of local investors, who wanted to give back to the community that contributed to their success.

“There was no funding for public space in this area,” says Chabani. “And we felt it was a good opportunity to channel private funding into creating a common ground public good.”

Instead of creating a plaza, which the client feared would lead to congestion from parked cars, the team designed an open-air staircase that wrapped around the building. People could walk and sit on the stairs without having to enter the building.

In 2021, after a military coup in Myanmar sparked nationwide protests, Chabani says local contacts began sending him photos of protesters gathered on the steps of the still-scaffolded building.

“They were using the space and this staircase to sit and use it as a place to gather and collectively protest in the city,” she said. “When we saw that, we felt we had done something right.”

A new reality to be designed for

In addition to the social and economic benefits that come with the design for the most vulnerable, there are also very real practical implications related to climate change.

As the planet warms, architecture will have to adapt, and building techniques used for hundreds of years in warmer climates could hold the key to the future of sustainable urban design.

Chabani says it’s essential to reinvest in these techniques, including using local materials or designing to ensure buildings ventilate naturally and avoid overheating.

“The global North is becoming a South,” Chabani said. “All of these techniques have been around for hundreds of years. It’s about reinvesting them now and giving them the value they deserve.”

For more on this story, watch the video in the media player above.