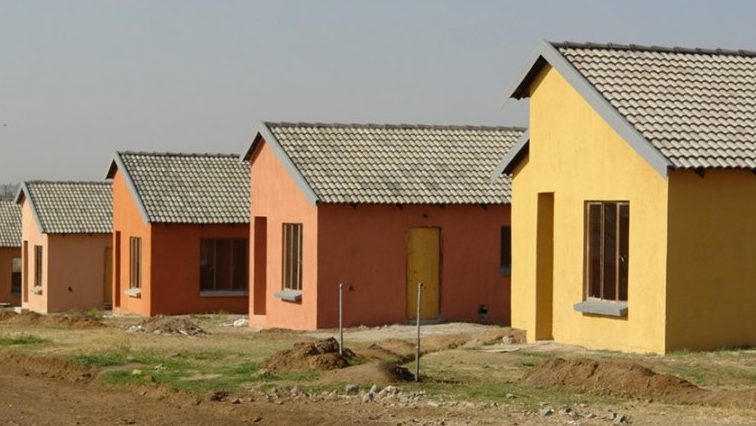 The North West Department of Human Settlements has launched a program to unblock unfinished housing projects and revive stalled ones across the province.

The department has undertaken a monitoring visit to some of the projects around Klerksdorp, where dozens of residents have expressed frustrations about their incomplete housing, which has stalled for years without any government intervention.

The provincial department of human settlements and the local municipality of Matlosana visited housing projects around Klerksdorp.

Launch of a program to revive a stalled housing project in the North West:

During the visit, RDP houses and title deeds were given to the inhabitants.

For others, the houses were a welcome surprise.

“I have never received such a gift – a fully furnished house. I thank the government. My house is beautiful and full of furniture that I didn’t have. Thank you,” says one recipient.

Seventy-three-year-old Elizabeth More says she applied twice for an RDP house. After living in a cabin for a decade, her dream of owning a home finally came true.

“I am so happy. My heart is full of joy. I never thought that one day I would not stay in a hut anymore. It was terrible during the windy nights,” laments More.

While the housing beneficiaries beamed with smiles, others were angry and disappointed. Their RDP houses are still incomplete, after years of waiting and hoping, while the government has done nothing.

“We have issues that we reported years ago about incomplete homes. We thought the MEC or the minister would be there because I have no hope in the Provincial Department of Human Settlements because they don’t have the answers,” a disgruntled resident said.

However, the government defended itself by saying that the backlog of unfinished projects was caused by contractors who had abandoned projects, allegedly because they had not been paid.

“What created the situation of stalled projects was that there was a problem around the quantum that was allocated by the national department at the time, and the contractors then felt that they were losing rather than winning. money with the projects. They decided to leave the project sites and that’s why we asked to have an extra R8000-something per unit. We have committed to this program of unlocking stalled projects, but it has just been recognized that we have not been able to reach all of them,” says MEC for Human Settlements Lenah Miga.

Residents’ plea is for the government to prioritize the completion of housing projects that have been stalled for years.

Meanwhile, the city of Cape Town said it has budgeted R140 million to expand and operate its safe spaces over the next three years. The city’s safe space model provides a transitional route to accommodation off the streets, as well as a range of social services.

The city says services include access to an on-site social worker and personal development planning. They currently operate the Cape Town and Bellville CBD spaces.

Mayor Geordin Hill-Lewis says they are identifying potential sites for new safe spaces. He says feasibility studies are underway at potential sites to determine their suitability.