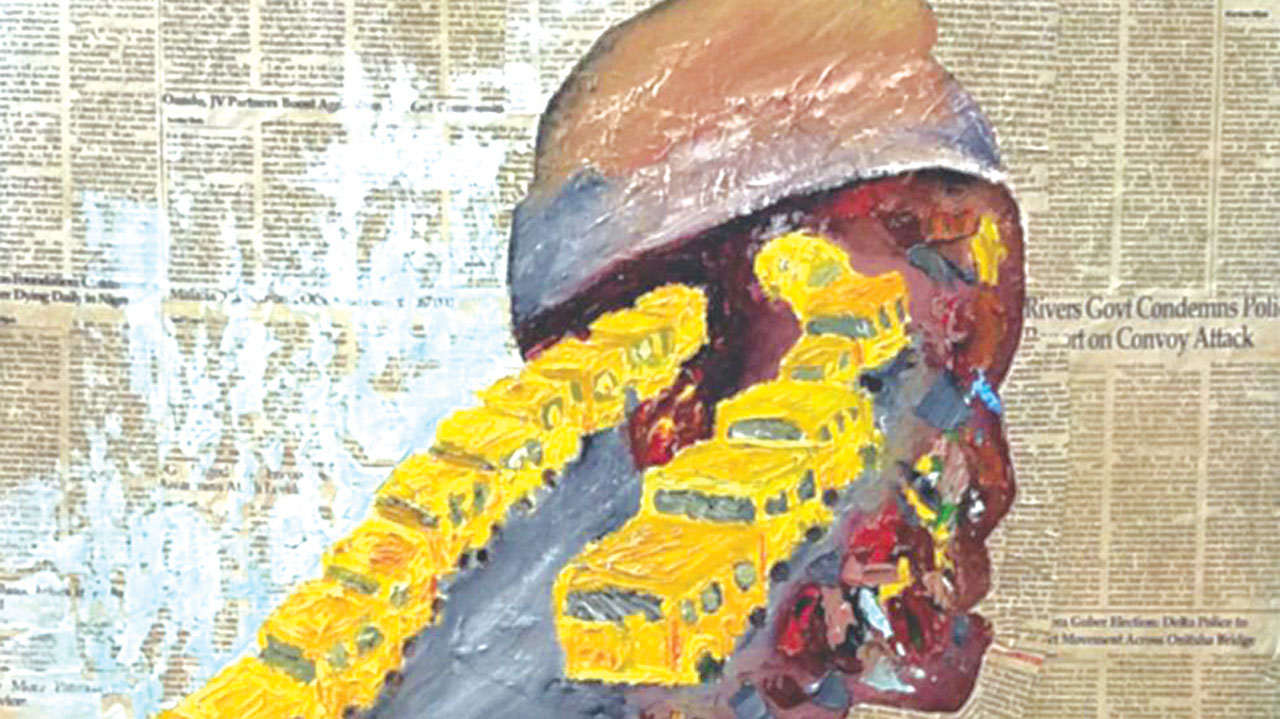 Between 29 and 31 July 2021, an unusual collective exhibition was held at the Federal Neuro-Psychiatric Hospital, Yaba, Lagos. The very first art exhibition in the hospital, which is over a century old.

Tagged, ‘Mentopedia’, it was a fusion of urban design, health and art.

One of the artists, Funmi Kindejoye, said there is a correlation or relationship between the arts and mental health.

Speaking at the show’s opening, Kindejoye said, “Mentopedia is a metaphorical word for an encyclopedia of brain and mental health prevention.”

She said: “The exhibit touches on a relatively under-recognized aspect of public health, the built environment/design and its impact on brain health and well-being.”

Kindejoye, who is also a public health expert and researcher with an interest in planetary health, said the show was interpreting and presenting the results of her recent study on “Urban Design & Mental Health, Lagos as a Case Study”.

According to her, “the aim of the exhibition is to enlighten professionals in the built environment, the health sector and sustainable development practitioners on the importance of urban design for health and to educate the public on the positive impact of green spaces on their mental health”.

Continuing, she said that in line with the results of the study, one respondent said that: “As a town planner, if you look at Lagos, I’m sure you’ll find areas that are zoned for green spaces in the original blueprint, but they do not exist.They were marketed quickly.

Explaining the works, she said, “An average Nigerian knows that one word that goes with the commercial capital of the country, Lagos, is: traffic. The heavy traffic congestion that characterizes Lagos State has more than anything a negative impact on the mental health and well-being of its citizens.

“It’s a long way expresses the need to explore non-motorized transport (NMT) without fear of being run over by a moving vehicle or its safety. As advocates for a healthy lifestyle, we hope and look forward to the NMT policy enacted in Lagos, Nigeria,” she noted.

For Aje Samson Olatunji, his art reflects human experiences through stories influenced by his desires and childhood memories that impacted and influenced his perception of society. His works can be seen as a satirical attempt to discuss social issues using literary devices.

With ‘news’ news ‘news print’ series’, he engages society in conversations and stories by using himself as a point of vulnerability and thus healing from the traumas of his past.

The exhibit attracted facility patients, occupational therapists and staff, art enthusiasts and other facility visitors, who were greatly inspired by the beautiful artwork.