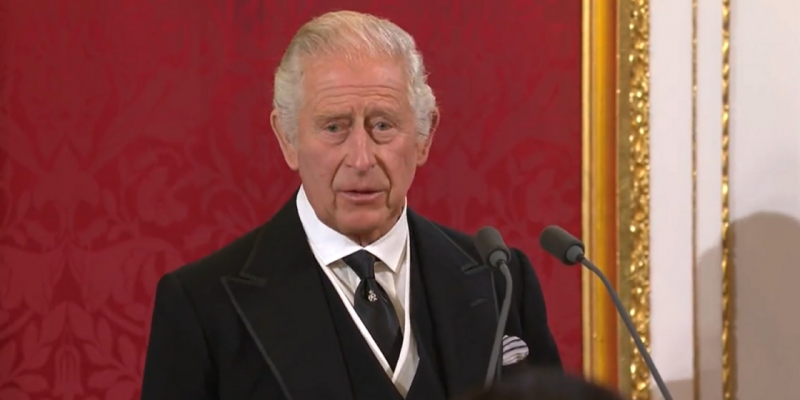 The key to understanding the politics of Britain’s new king, Charles III, lies in Transylvania. Anyone interested in architecture in the UK since the 1980s has had to reckon with the activities of the Prince of Wales at the time, which included books, a TV series and even an entire town, Poundbury in Dorset, designed as a showcase of his ideas. But it was in the Eastern Balkans that his personal vision came to fruition the most.

In 2018, during a trip to Romania, urban planner Gruia Badescu warned me that I would find an explanation of Charles’ policy in the western region of the country – the region that for many centuries was part of the Habsburg Empire, but which is best known outside of Romania as the ancestral seat of an (fictional) aristocratic vampire.

Romania was one of the last countries in Europe to industrialize its agriculture. This meant that when the state socialist period ended in 1989, large swaths of the country were still being farmed without pesticides or machinery. Despite late dictator Nicolae Ceauçescu’s failed attempt in the 1980s to “systematize” the countryside into agro-industrial complexes, many villages and small towns in Transylvania have retained their historic appearance, especially those fortified with Gothic watchtowers by the Saxon settlers in the late Middle Ages.

After 1989, Charles, like all members of the British royal family, a landlord with huge properties, began to buy properties there. By doing so, it could maintain a vibrant way of life and preserve both historic agriculture and historic architecture in one fell swoop. Charles’ estates in rural Transylvania gradually became the future king’s home away from home, and a small enclave where he could permanently impose his worldview – imagine one of Marie Antoinette’s farms that produced real products, combined with a Heideggerian vision of rural authenticity.

Looking out the window as the train slowly passed through these extremely poor settlements, it was slightly chilling to realize that this is what he would, ideally, want for all of us.

Charles III is interesting for being a sincere environmentalist and a conservative in the most literal sense of the word. The built environment was the subject of his first and most contentious intervention.

The job of being royal in Britain involves opening a lot of buildings. There are thousands with plaques recording ribbons cut by Elizabeth II, or the Prince of Wales, or ‘Lolita Express’ enthusiast, Prince Andrew if they are unlucky. From the 1940s to the 1980s, many of these buildings were ambitious modernist megastructures, such as the National Theater in London or the Central Library in Birmingham. Charles will have seen dozens of them, escorted by his entourage, and little by little he came to hate them.

In 1984, he took advantage of a speech supposed to honor the Indian architect Charles Correa – a follower of natural materials and local traditions which one would have expected him to praise – to pronounce a condemnation of a generation of British architects, for their deployment of straight lines, industrial materials and their lack of interest in historical precedent. One specific target was an award-winning but unbuilt extension to London’s National Gallery by modernist architects Ahrends Burton and Koralek – a “monstrous anthrax on the face of a much-loved friend”, according to Charles. It was quickly canceled.

Architects – organized in this country through a royal institute, not a union – have mostly responded by trying to design in a way that would please the prince, although a few resisters such as Richard Rogers have refused to do; they would therefore be underemployed in their country of origin for two decades. But Charles quickly found an architect he really agreed with: Léon Krier.

Born in Luxembourg, Krier, a talented draftsman and caricaturist, rose to prominence in the 1970s as a partner of James Stirling. Stirling was then considered Britain’s most important living architect for works such as his brutalist Leicester Engineering Building and his pioneering postmodern Neue Staatsgalerie in Stuttgart. Krier became obsessed with the existentialist and rural-romantic philosophy of Martin Heidegger and increasingly disenchanted with the results of post-war reconstruction.

He became a leading intellectual advocating the end of modern architecture, writing a whistleblowing article for the radical New York journal Objections with the German title “Vorwarts Kamaraden, Wir Mussen Zuruck (Comrades forward, we must step back)”. He then published a monograph celebrating the work of Hitler’s architect, munitions minister and war criminal Albert Speer.

In this book, alongside his praise of Speer’s banal and meaningless architecture, Krier made a variety of patently disgusting statements, claiming that Los Angeles and the Nazi extermination camps were “children of the same parents” because that both depended on mechanization, and that “many people are more troubled by the grandeur of Speer’s buildings than by the images of Auschwitz”.

The Prince hired Krier in the late 1980s as architect and chief town planner for Poundbury, a new town to be planned on his land in the rural county of Dorset, on the outskirts of the city of Dorchester. We can only speculate on Charles III’s future views on Krier’s curious views on Nazi Germany. However, what they clearly agreed on was not just a taste for classical buildings and a dislike for modernists, but a more general philosophy of life.

Poundbury was intended to be a showcase, not just of pre-industrial design, but of a pre-industrial way of building and living in cities. Buildings would be constructed in the local vernacular using local materials and would be based on walking, not driving or mechanized transport. Krier liked to argue that without the internal combustion engine, Los Angeles – or its British social-democratic imitation, Milton Keynes – would simply cease to exist since you couldn’t walk there.

Poundbury was based on walking. Its site, although it never had a train station, was a short bus ride from the center of Dorchester so it wasn’t terribly implausible. In addition, there would be a “social mix”, with private housing intended for various incomes mixed with charitable social housing (rather than municipal).

An aerial view of the planned community of Poundbury, built on land owned by Britain’s Prince Charles and approved for design, on the outskirts of Dorchester, Britain August 19, 2022. REUTERS/Toby Melville .

Poundbury was slowly built but is now nearly complete (I’ve visited it many times and led a tour around it for the Architecture Foundation). The sad thing about this project is how all genuinely radical ideas have gradually been pushed aside. “Local materials” were of no interest to the volume house builders who built most of it, meaning that most of the town looks like a fairly typical outer suburb, just with the buildings clustered more closely together.

As is common in recent British architecture of any style, finishes and build quality are poor due to contract systems which take power away from the architect. Initially it was a relative commercial failure, but that has changed in recent years, largely due to a change in architectural focus. The early parts of Poundbury were all about winding paths and terraces and village-like, cute, shack-like public buildings, with towers clearly modeled on those in Transylvania provided as focal points – a cheap rural utopia, with distant roots perhaps in the ideas of William Morris, brought here by monarchists rather than socialists.

It has transformed over the past decade into much more flamboyant and grand architecture, with a square of massive colonnaded buildings around a statue of Charles’s grandmother, the Queen Mother. Within these are a gastro pub, the Duchess of Cornwall, named after his wife, and a supermarket. Around the corner are a collection of faux industrial buildings designed to provide a sort of mock hipster neighborhood – lofts at Disneyland.

To make it all work, the main plaza around the statue is free parking, to encourage visitors to visit the town so they can breathe some life into a rather odd place, and perhaps look at some real estate. This grand classic 18th century square now frames a sea of ​​cars.

It’s all literally easy – the distant appearance of the pre-industrial past, but now with supermarkets and car addiction like in Milton Keynes or Los Angeles. No wonder Charles had to travel to Transylvania for his dose of authenticity: looking at all those cars in every public space, he must know that Poundbury is a failure on the terms he and Krier had imagined for it.

The royal family is a business, and the British aristocracy pioneered capitalists from the 15th century: in the end, the place had to make a profit. But at the heart of the problem is not only the fact that Charles is not an anti-capitalist – it is surely obvious – but also that he has such a partial understanding of architecture and cities.

Peter Ahrends, the co-author of the canceled “monstrous carbuncle”, was aware of this. In his recent autobiography, he pointed out that Charles stared at the architects of the National Gallery extension as they tried to describe the spaces they had designed, the juxtapositions they had imagined between old and new , and what it might be like to walk through them – thrilling, strange, contradictory. Here we can see how for all his wealth, this lack of imagination comes from the drastically impoverished life that man has led.

Outside of his Victorian castles and mock Georgian houses, like the horrifying heap of early 20th-century Buckingham Palace, Charles would never have been able to roam freely around a building. Constantly guarded and chaperoned, he was also never once in his life able to walk freely in a city. For him, buildings and cities are just pictures, and they are either ugly pictures or pretty pictures. Our role is to be the picturesque little characters in these pretty pictures: ploughing, weaving, but never thinking.

Owen Hatherley is the cultural editor of Grandstand. He is the author of several books, including Red Metropolis: Socialism and the Government of London.