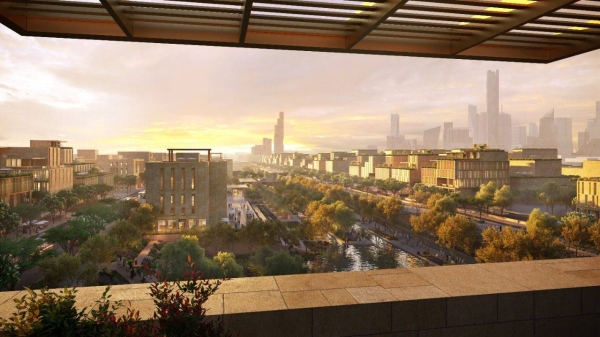 Riyadh — The Board of the Sports Boulevard Foundation announced on Thursday the launch of the Urban Design Code for areas on Prince Mohammed Bin Salman Road in Riyadh.

The foundation’s board is headed by Crown Prince Mohammed Bin Salman, Deputy Prime Minister and Defense Minister. The Sports Boulevard project is one of four major projects in Riyadh launched by the Custodian of the Two Holy Mosques, King Salman, on March 19, 2019, under the close supervision and monitoring of the Crown Prince.

The Sports Boulevard project, which will be the longest longitudinal boulevard in the world with a distance of more than 135 km, is located on the Prince Mohammed Bin Salman road, connecting Wadi Hanifa in the west of the city and Wadi Al-Sulay in the ‘is. , the Saudi Press Agency reported.

The Sports Boulevard project aims to make Riyadh one of the most livable cities in the world and to help achieve one of the most important goals of the Kingdom’s Vision 2030. It is to promote physical, psychological and social health and to build a society whose members enjoy a decent and healthy lifestyle and an environment that provides a positive and attractive atmosphere for residents. and visitors to the city.

The boulevard would include safe avenues for pedestrians, bicycles and horses, in addition to numerous various sports facilities. It will include 4.4 million square meters of open green space, approximately 50 venues for various sports and distinctive arts venues in addition to several investment sites with a total area of ​​over 2.3 million square meters.

The Urban Design Code for Sports Boulevard is an extension of the principles of Salmaniya Architecture which was formed by monitoring King Salman’s personal endeavors and directions based on both originality and modernity, and ensuring the improvement of the quality of urban design in parallel with the enhancement of the local architectural identity.

The style is distinguished by its vitality and flexibility and is not limited to limited elements and objects. It allows architects and urban planners to innovate freely within the limits of tradition. Moreover, it does not include the literal copying of the old urban vocabulary and its imposition on new projects, but rather leaves the freedom to the architect and the urban planner to launch new and innovative elements which are inspired and simulate the past with renewed forms of development.

The urban code aims to achieve a sustainable urban environment that improves the quality of life by improving the quality of architectural designs, urban planning regulations, building systems, land use, parking controls, advertising signs and environmental controls, in a way that unifies the urban fabric and stimulates the elements of investment and real estate development according to the highest standards.

The Importance of Initiating Urban Design Code will be a regulation that will provide technical design standards and a reference guide for all current and potential commercial and residential property owners, as well as property investors and developers, in a way that contributes to providing urban patterns in harmony with the various tracks of Sports Boulevard for pedestrians, bicycles and horses to form a modern and sustainable environment for residents and visitors of the capital of Riyadh.

The foundation has assigned a website (www.sportsboulevard.sa/ar/design-code) to the beneficiaries and owners of real estate located within the framework of the project, where they can obtain more details on the objectives, standards, requirements of the town planning code and the mechanism for its application.