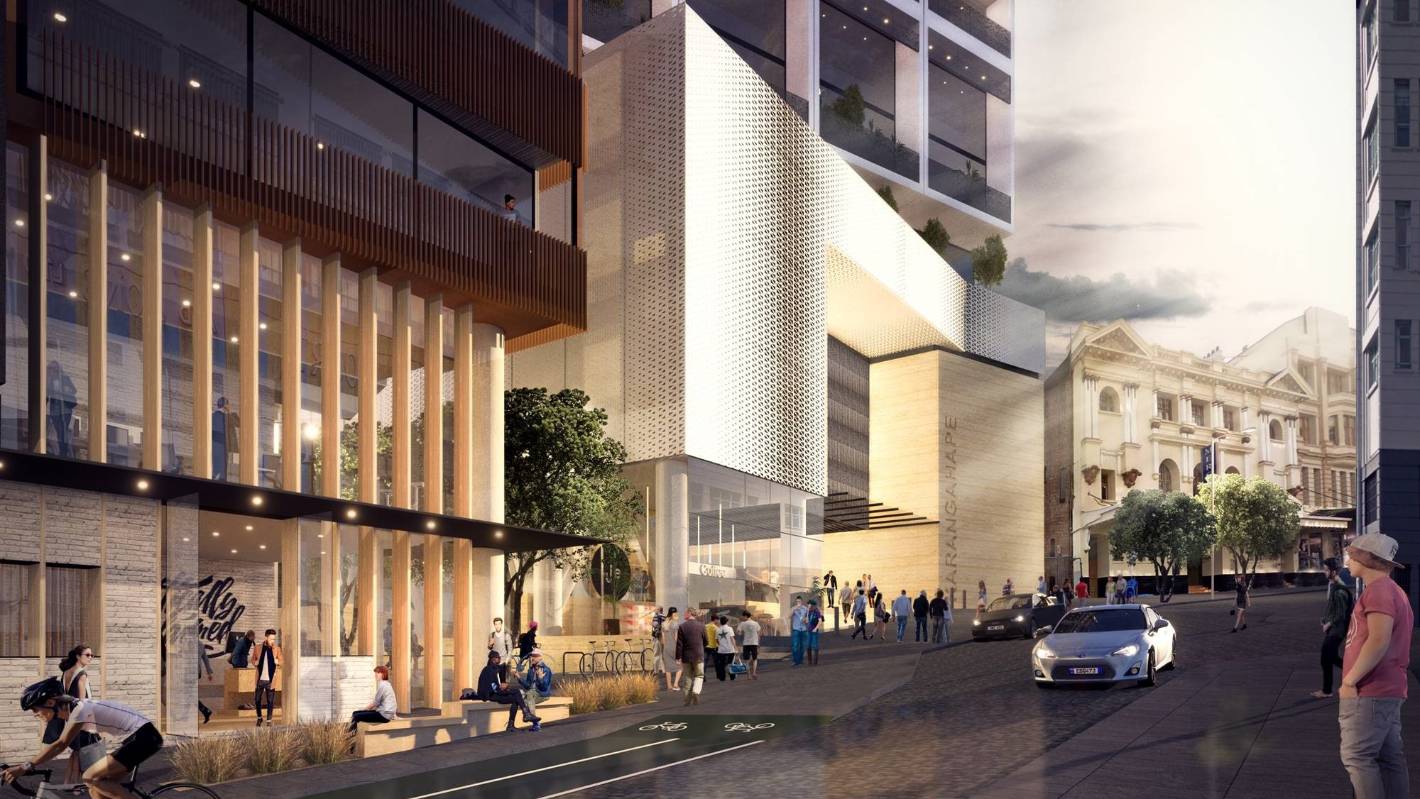 As the engine room of New Zealand’s economy and the country’s largest labor market, Auckland’s city center must be accessible, livable and vibrant to thrive.

Auckland Council has an ambitious strategy to help residents and visitors to the city move more freely and to reduce the impact of cars on the city centre.

Auckland’s city center was historically shaped by public transport and was at the center of a city-wide tram system. Inspired by contemporary American cities, streetcars were phased out in the 1950s in favor of cars. It is not easy to repair the damage caused by the overzealous construction of urban highways. But the council believes that restoring the share of public transport around Auckland will improve the well-being of residents, facilitate essential travel and shape a more accessible, safe and sustainable transport network.

Urban designer George Weeks is responsible for Auckland City Center Master Plan (CCMP), defining the direction of the city over the next two decades. Weeks, a former urban designer with Transport for London, says walking and accessibility are essential for any major centre.

“The basic function of cities is face-to-face interaction and transactions,” he adds. “Cities are designed to bring people together, from the first Bronze Age towns to the 21st century. Cities work when they have something for everyone. We need to enable as many people as possible to access the city center for as many reasons as possible.”

“The wealthiest city centers in the world, like Lower Manhattan or the City of London, have the densest and best-connected road networks, with extremely good public transport options that help people move freely. same relationship applies to Auckland, and we have seen this in our Business case for walking study”.

Among the major projects underway is Access for all (A4E), an initiative to reallocate street space to people rather than cars. Queen Street will give priority to pedestrians and public transport and will be surrounded by low-traffic neighborhoods.

“With 40,000 residents, Auckland’s city center is one of the fastest growing residential areas in New Zealand,” says Weeks. “We are thinking more carefully about how to use space in the city and thinking strategically about access for all.”

Improved public transport options have been designed to put Auckland on a par with some of the best cities in the world. The $4.4 billion City Rail Link (CRL) project is at the forefront of the transformation strategy. It will transform Britomart from a terminus to a through station, provide two completely new metro stations at Aotea and Karangahape and the existing Mt Eden station is being redeveloped to connect the City Rail Link to the Western Line.

New Zealand’s largest transport infrastructure project to date will transport an additional 54,000 people in and out of the city every hour during peak hours, enable more frequent train services and reduce journey times.

“CRL will provide a world-class rail system that an international city like Auckland needs to enable it to continue to grow,” said Dr Sean Sweeney, who oversees the project as Managing Director of City Rail Link Ltd.

According to Sweeney, doing nothing for the City Rail Link is not an option.

“Auckland is in danger of coming to a standstill – that’s the risk for Auckland – a city becoming an LA-style ‘parking lot’ with no CRL.”

“When we complete CRL, the number of people within 30 minutes’ journey of New Zealand’s largest employment hub – central Auckland – will double.

“Add to that more trains coming in and out of the city more often, significant journey time savings and new and improved public transport links – trains, buses and ferries – it’s easy to visualize the big changes to come. “

While it will become easier for Aucklanders and visitors to travel, Sweeney says the city will also reap environmental benefits.

“The City Rail Link is more than securing Auckland’s rail network for years to come – it will set a higher benchmark for sustainability. There are still four years of intense work to complete the project, but there is already have many impressive examples where words are put into action.

“The plaza, Te Komititanga, at the bottom of Queen Street, and the transformation of the lower end of Albert Street are two great, heart-friendly destinations developed under the project.”

Sweeney adds that there is more to come.

“Effective collaboration with Tāmaki Makaurau Iwi to design the CRL stations and rescue the city’s past – the preservation of the historic bluestone wall of Albert Street and the main post office – are excellent examples that show that the project is more than just picks and shovels in the ground, CRL will make it easier to get around our city and at the same time provide people with a unique project in Auckland that reflects its past and future.