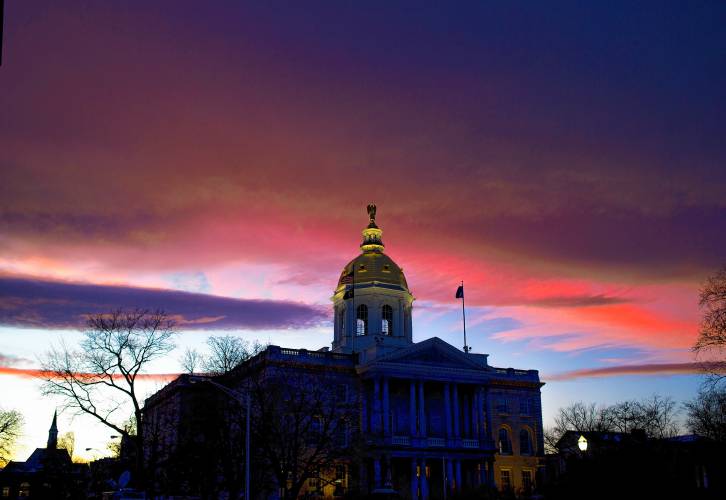 A week of negotiations later, State House lawmakers are about to get their new parking lot. But a workforce housing scheme favored by Gov. Chris Sununu and affordable housing advocates is all but defeated.

A series of committee conference meetings on the legislative parking garage bill last week saw House and Senate Republicans debate how much to add and how much to take away.

House leaders preferred that the bill, which includes $9.35 million in federal funds to help design, engineer and build a 450-space garage closer to the State House, remain unchanged. Senate Republicans saw it as an opportunity to force negotiations over unrelated additions.

Here is what remains – and does not remain – of House Bill 1661the Legislative Assembly’s omnibus package of the year.

After a series of starts and stops, a key bill aimed at accelerating the construction of housing for the workforce has failed to move forward in its entirety.

Promoted by Sununu to lawmakers during his state of the state address in February, Senate Bill 400 was touted as a “toolkit” for New Hampshire cities to approve more development.

But the bill was met with early skepticism from House Republicans, many of whom opposed some of the bill’s mandates for planning and zoning boards. While the standalone bill was approved by the Senate, it was introduced by the House weeks later, cutting off debate and halting all momentum.

HB 1661 was Senate Majority Leader Jeb Bradley’s chance to resuscitate the bill. Bradley, a Republican from Wolfeboro, helped add language to the parking bill earlier in May, ensuring it could be used as bargaining chip in the final days of the session.

In the end, few of them survived the negotiations.

To reach a final deal, House and Senate negotiators scrapped language to automatically allow cities and towns to build workforce housing in economic development and revitalization districts. According to the new language, towns and cities can only do this if they approve a procedure at a municipal assembly or in municipal elections.

Negotiators made a provision that would allow cities to extend local tax breaks for workforce housing developments; the bill would allow tax breaks to extend for up to eight years, rather than the current cap of four years

But not all of the SB 400 was wiped out. The conference committee upheld the requirement that local land use boards provide written submissions explaining why certain housing projects are rejected – a provision housing advocates say could reduce the number of subjective decisions.

The committee maintained a provision requiring adjustment zoning boards to make decisions on applications within 90 days of receiving them.

He also preserved the creation of a statewide training program for members of the local land use board, who can opt for a course related to “processes, procedures, regulations and statutes related to the council on which the member sits”.

Although only a fraction of the high-profile workforce housing bill progresses, many items proposed by the Senate have had better luck.

The new bill contains a pilot program for the Department of Health and Human Services to provide services to people between the ages of 18 and 21 with developmental disabilities who are enrolled in a public high school. This pilot program will be limited to just 20 students and is intended to provide services that are no longer covered by local school districts due to a student’s age.

HB 1661 creates “Family Care Homes,” a special type of foster home license in which individuals may be permitted to care for up to six children to whom they are related – whether by relationship or history personal.

It authorizes DHHS to apply for a federal Medicaid waiver to allow family caregivers to serve as personal care workers under the state’s Medicaid program, and dedicates $2.4 million to increase Medicaid reimbursement rates for hospital delivery services.

It also establishes detailed new procedures for the removal of children from child care agencies.

A provision advocated by Senate Republicans will not make it into the final bill. This amendment would have waived the annual requirement that DHHS report to lawmakers the amount of Medicaid dollars that go to family planning services such as Planned Parenthood. The committee decided that; reports will continue.

The bill’s $9.4 million – the first installment of what is expected to be a $30 million project – will allow the Department of Administrative Services to design demolition plans for the Department of Justice building near the building. of the Legislative Office in Concord, as well as the current Storrs Street parking garage. The money includes $1.1 million to demolish the Department of Justice building, an additional $1.2 million to relocate the department, $3.75 million in fit-up costs for the department and 1.2 million dollars in annual rental fees for its new building. The money is expected to come from New Hampshire’s remaining recovery money from the US COVID-19 Bailout Act of 2021.

The final 78-section bill, which Senate and House negotiators signed on Thursday, now heads to the full House and Senate for votes on May 26.