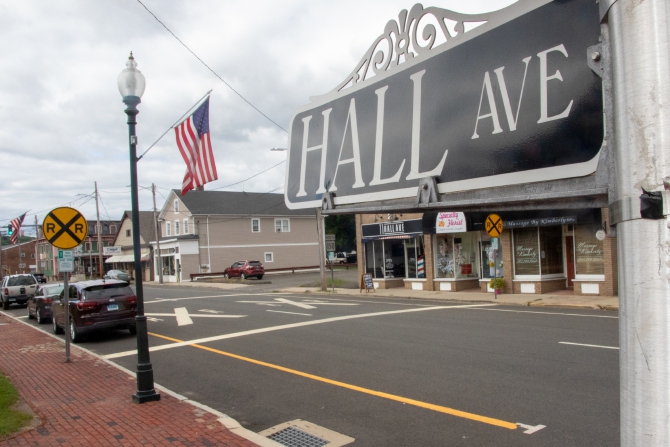 WALLINGFORD — The Planning and Zoning Commission is expected to pass a proposed text change to the city’s incentive housing zone that could allow up to 50 homes per acre on 20 downtown plots that make up just over seven acres.

The amendment encourages mixed-use developments, prohibiting accommodation on the first floor of buildings to preserve them for retail purposes, although amenities for residents can be on the first floor. In addition to city approval, the amendment would also require approval from the state housing commissioner.

One of the goals of the incentive is to bring more people downtown, said PZC President James Seichter. To be a vibrant area, it needs people to live there, he said, and allowing higher density is a tool to achieve that.

The incentive targets the North Cherry Street area near Railroad Green, which officials say is a suitable location for higher-density housing.

In March, the zoning commission denied an application by Vigliotti Construction for a 40-unit mixed-use development at 28 North Colony Road. The commission noted the density of the request in its denial, but expressed a willingness to consider increasing the permitted density in the future, which led to the proposed sub-district amendment.

The city first approved the Incentive Housing Zone in 2014, allowing 10–15 units per acre for townhouse developments and 20–26 units for multi-family and mixed-use developments.

In May, the Planning and Zoning Commission held a workshop on the proposed changes to the zone, with the discussion revolving around the proposed 50 units per acre in the sub-district zone zones. Some objected to this increase, saying it would not be appropriate for some properties in the area, suggesting that if the higher density were allowed, it should only be applied to parcels deemed appropriate, and those properties could form a sub-district of the area.

The new proposal includes a “High Density Downtown Core” sub-district for a 7.2-acre parcel consisting of 20 separate parcels where 50 units per acre would be permitted.

The area is seen as a way to help the city meet the state’s affordable housing needs, but it’s not the driving factor in increasing the area’s density. The goal, zoning officials said, is to provide more housing considered affordable whether or not it meets state guidelines.

Affordable housing is not the same as low income housing. To be eligible to rent or buy housing deemed affordable, applicants must meet income criteria but earn too much to be eligible for government subsidies. Social housing is subsidized by the government for people living at or below the poverty line.

State affordable housing regulations require cities to have 10% of its housing units with deed restrictions qualifying them as affordable. In municipalities that fail to meet this requirement, developers proposing developments that include an affordable housing component can appeal denials in court and, by an overwhelming majority, such denials are overturned unless the municipality can prove that the development poses a threat to the health, safety or well-being of the city.

Allowing higher density in certain areas is seen as a way to get closer to the 10% target provided they are limited by acts. The vast majority of municipalities in Connecticut do not meet the 10% requirement and are subject to state affordable housing laws.