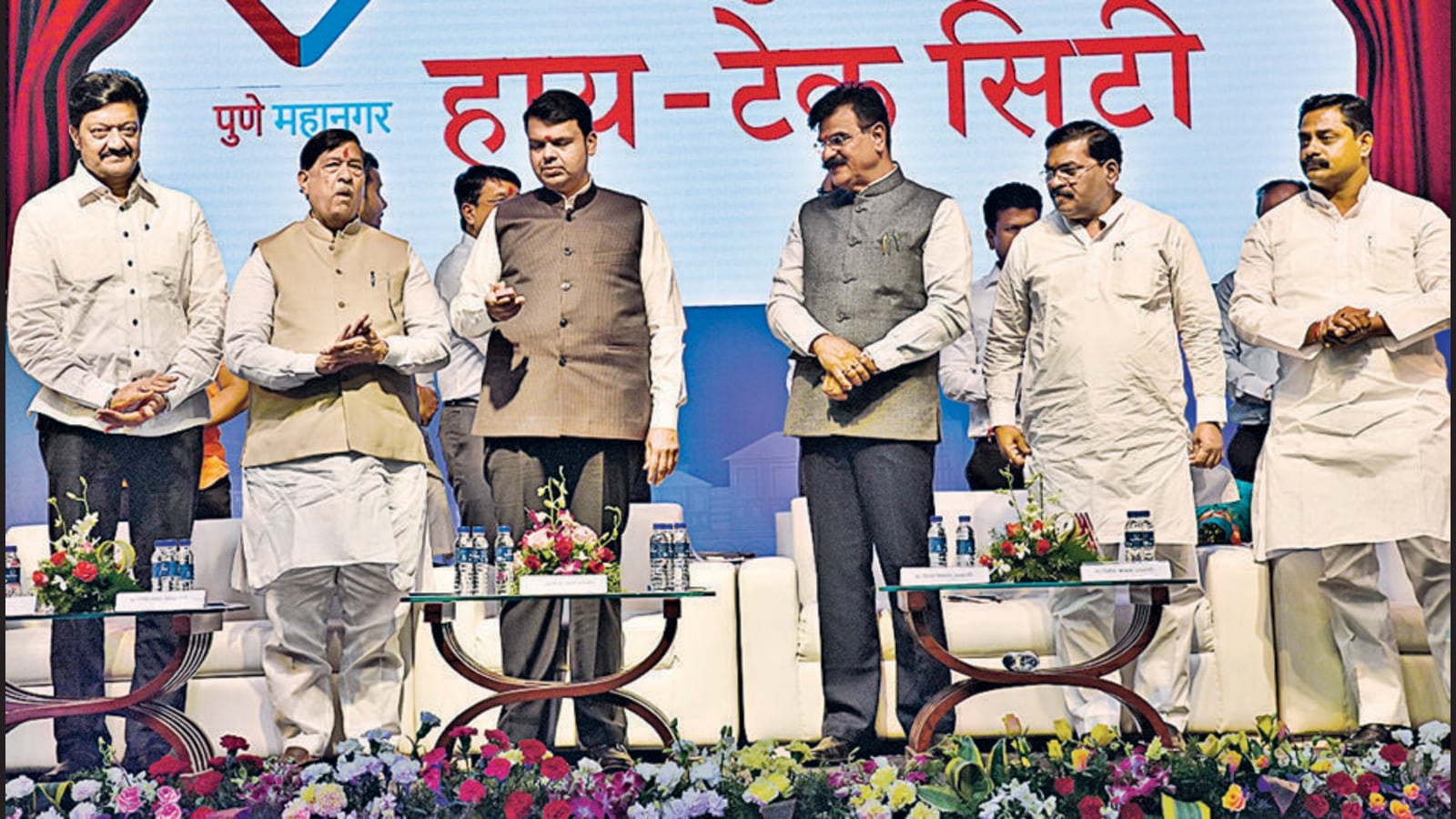 Former BJP Devendra Fadnavis led the Maharashtra government has announced the development of Mhalunge-Maan as a hi-tech town near Hinjewadi IT park under Pune’s first urban plan in five decades, but more than two years later, the work remained only on the cards.

The announcement offered hope for the planned development of many other areas. The Pune Metropolitan Area Development Authority (PMRDA), which is to develop the city, said it plans to replicate similar urban plans in 40 other locations.

More than two years later, the works of the first high-tech city of Pune are only in boxes except for the laying of the first stone, which Fadnavis carried out on November 15, 2018.

The PMRDA had announced that the urban plan is planned on 250 hectares by spending ₹640 crores and will be completed within the next three years. It was also said that the program would attract ₹21,300 million investments. However, the delay in completing the land acquisition stalled the project.

PMRDA Director General and Metropolitan Commissioner Suhas Divase said, “The land acquisition works for the urban plan are ongoing. During the Covid-19 pandemic the works slowed down but now we would ensure that they are accelerated. Even the other planned cantons are in preparation.

According to the plan, the PMRDA was to borrow ₹600 crore loan from Housing and Urban Development Corporation Limited (HUDCO) to develop basic infrastructure like roads and other facilities, before allowing private plot owners to develop their plots. The program will be implemented on 700 acres divided into nine sectors with plans for roads, water, drainage, school and garden.

Divase said, “The land acquisition work is being done by another department and we hope it will be completed early.”

Former Chief Minister Fadnavis took an interest in the project and the ring road project to make the city of Pune a growth engine for Maharashtra.

Fadnavis had promised that Mhalunge Maan would be a world-class city, but almost after two years since the inauguration ceremony, no progress is seen on the project.

In this scheme, PMRDA will get 70 acres for free while the access road to Hinjewadi Computer Park is constructed without any land acquisition.

A total of 46 town planning schemes have been planned around the proposed 128 kilometer Ring Road scheme, but all schemes are inactive. On the Ahmedabad city lines, the PMRDA planned to develop 46 town planning schemes around the ring road. The urban plans and the ring road will be developed simultaneously and are part of the same project. The projects are part of the circular road project and will help the authorities to acquire land for the project at minimal cost.

After the PMRDA, the Pune Municipal Corporation (PMC) also proposed to build three town plans in Fursungi and Uruli Devachi, but they too are gathering dust and no progress has been made on the town plans.