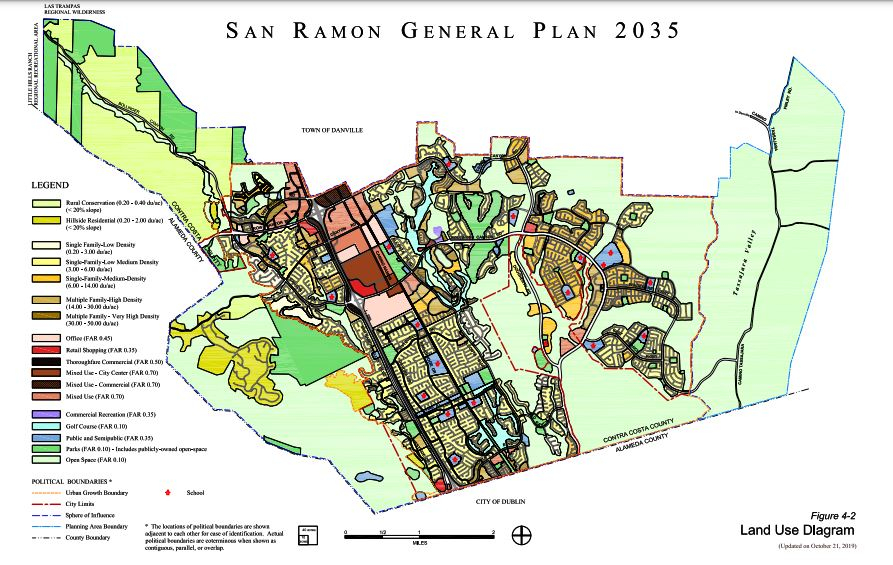 City Council and the San Ramon Planning Commission are due to hold a special joint meeting this Tuesday where they will discuss the latest draft of the housing element update, after a period of review and feedback aimed at involving members of the local community.

A certified housing element is one of the required elements of a jurisdiction’s overall plan and must be updated every eight years. Updates are intended to reflect appropriate planning for current and projected housing needs.

As part of this requirement, San Ramon officials have been tasked with accommodating an additional 5,111 homes under the state’s Regional Housing Needs Allocation (RHNA), which is allocated and overseen locally by the Association of Bay Area Governments Board of Directors. The allocation is based on projected needs in the cycle from 2023 to 2031.

San Ramon is required to pass a certified housing unit that allows for the development of the additional 5,111 units by January.

San Ramon officials released the first housing element update for the upcoming cycle last summer, along with updates to the General Plan and Climate Action Plan, followed by a total six study sessions and community workshops on the issue, and discussions with nine of the city’s committees. and commissions. The information was posted on the city’s website last September, along with a website dedicated to information and updates on the housing element update process.

Outreach efforts continued with an online survey in October, followed by other community engagement events that are expected to continue throughout the summer, and a period of public review and feedback from the last housing element draft update from May 13th to June 12th.

“The community was notified of these engagement opportunities via social media, websites, push notifications, newsletters, the community reader board, and city emails,” the report continues. “In addition, staff held stakeholder interviews with landowners, housing groups and community groups to obtain feedback on the housing element update.”

Most recently, the housing element update was the subject of a public hearing at a joint meeting on May 17th.

Community feedback included calls to reduce environmental impacts and greenhouse gases, and a focus on the challenge posed to low- and middle-income residents by the current lack of affordable housing in the city.

“Not everyone who lives here is a CEO,” Cheryl Daniels said in a written comment submitted to city officials. “And the places that hire here don’t pay enough to live here. I feel like it’s segregation in another form. I really feel like the city of San Ramon doesn’t want any me here”

While Daniels’ sentiment was reflected in several other comments from residents, others instead raised concerns about the city’s overdevelopment, without a balance of services and recreation options to support a growing population.

“I’ve lived in San Ramon since 1972, when I was 5 years old,” Christina Toy told city officials. “I’ve watched this town grow into a city. It scares me to see all the continued building of houses in this town. We’ve already lost the Nob Hill grocery store to more housing and now more and more houses are being built in the middle of Bishop Ranch. Soon we will only have houses and nowhere to buy our groceries. It makes me sad to see this suburb become such a big city with the main accent on the houses.

The next step for city officials after Tuesday’s meeting is to submit the draft housing component update to the state Department of Housing and Community Development for certification, before the January deadline. . An ad hoc committee on mixed-use zoning is being set up to provide additional feedback on the draft update ahead of next steps.

The special joint meeting is scheduled for Tuesday (June 21) at 6 p.m. The agenda is available here.