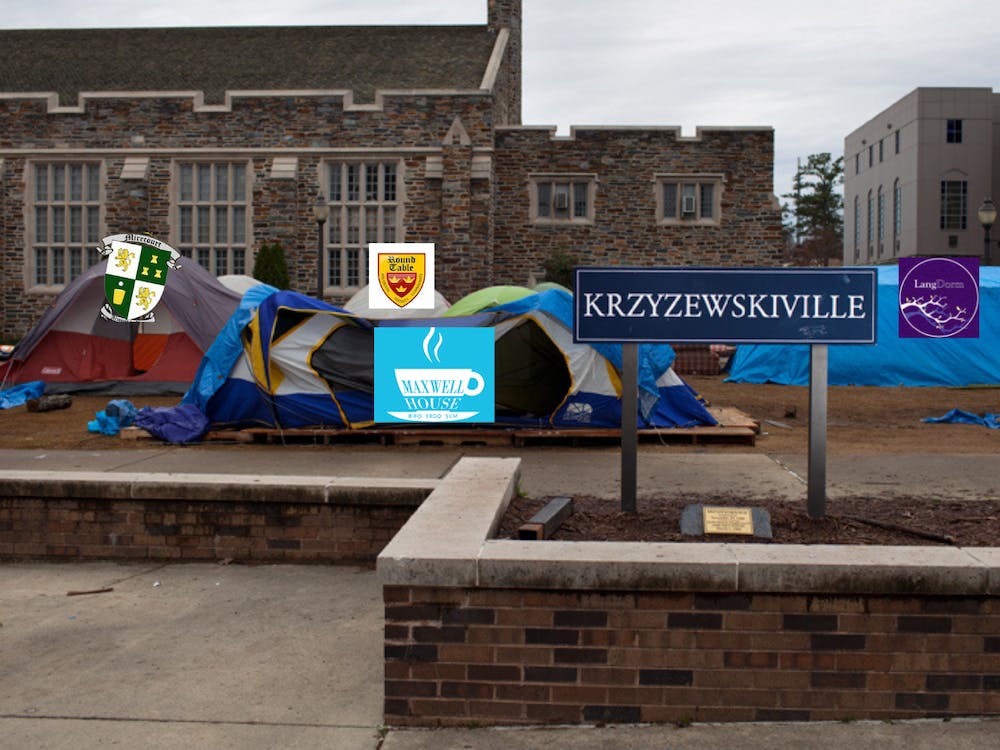 Lucky members of Duke’s Select Life Groups will now get prime real estate on campus, right in the Krzyzewskiville tents.

After announcing that they would expel all SLGs from campus in 2023, the university administration changed course, something it had never done before in its smooth rollout of QuadEx.

“You see, we really care about keeping the community going,” said Admini Strator, vice president of Killing Campus Life. “We have gathered input from student leaders, but have unilaterally made this decision in your best interests.”

In an effort to end the campus culture of selectivity, K-City housing will be open to all undergraduate students, even those not in SLG. “We actually discussed renaming Selective Lifegroups to ‘Lifegroups’ only, but decided that would go against our current policy of slowly killing these organizations,” said an administrator who wished to remain anonymous because he was tired of transparency.

SLG members will now be able to get ahead of the Cameron Crazies and start camping in August. However, they will not receive entry to the Duke-North Carolina game unless they pass an uncurved knowledge test of every minor detail about Duke men’s basketball, because that would be ridiculous.

Boot L. Icker, president of Beigerock SLG, was thrilled to see the change. “Now we don’t have to worry about the drop in numbers of members without chapter housing,” he said. “Instead, we can focus on important things like not having trench foot when it’s raining and defending our honor on Greekrank.”

The hopes of SLG members for a reduction in housing costs were quickly dashed. “Of course, SLGs will pay top dollar for housing,” Strator said. “Otherwise, how will we have the budget to invite the reanimated corpse of Richard Nixon to speak on campus?”

SigEp R. Eject, vice president of Pooper House SLG, had reservations. “Don’t get me wrong, I’m really grateful the admin didn’t whip us in the town square like they said,” he began. “But it seems a bit unfair that Kappa Sugma can keep his McMansion after all of his members performed ritual animal sacrifices on their neighbor’s lawn last week.”

Editor’s Note: Happy April Fool’s Day! In case you couldn’t tell, that was a story for our satirical edition, The Chomicle. Discover more stories from Chomicle hereguaranteed to make you laugh or your money back.

Get The Chronicle straight to your inbox