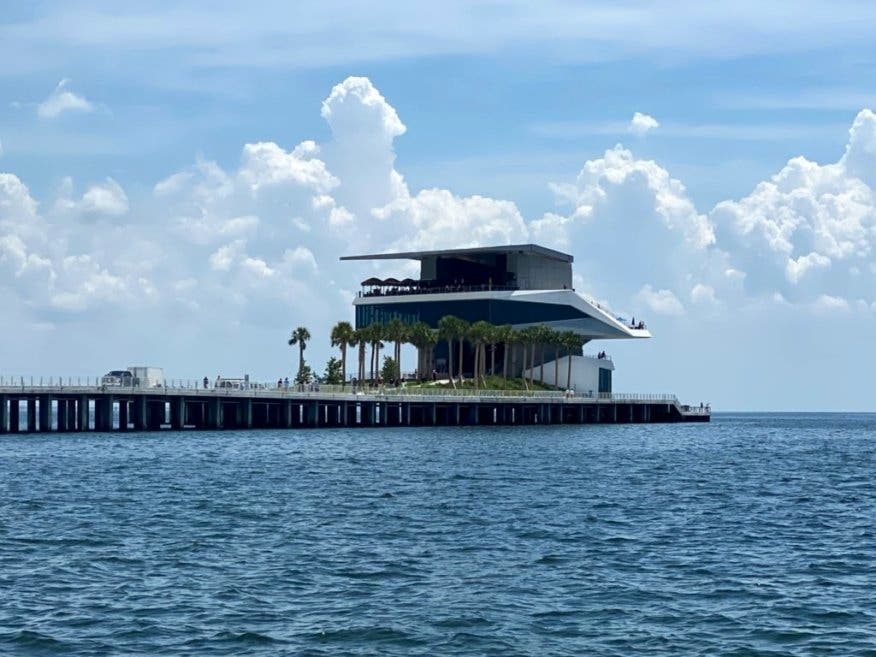 ST. PETERSBURG, FL — The St. Pete’s Pier has been recognized by the Urban Land Institute as one of the best new designs in the world.

Sunshine City waterfront destination named one of six ULI 2022 winners Global Excellence Awards, according to a statement from the city. This year’s winners are two from North America (both from the United States), two from Europe and two from Asia/Pacific.

In July, Pier was named one of 10 winners of ULI’s 2022 Americas Achievement Award, making it one of the finalists in the institute’s global competition.

ULI launched the Awards for Excellence program in 1979 to recognize superior development efforts in the private, public and not-for-profit sectors. The winning projects represent the highest standards of achievement in the land use profession, the city said.

“This is an incredible and significant achievement for our city and our iconic waterfront,” said Mayor Ken Welch. “Winning the ULI Global Awards for Excellence puts St. Pete’s Pier on the map as a world-class destination for residents and visitors alike.”

Former Mayor Rick Kriseman, whose administration oversaw the development of the pier, added, “I am incredibly proud of the recognition the pier has received, culminating in this award from the highly respected ULI. The Pier project is a great example of what happens when a dedicated and engaged community and staff come together to create a place that is open and inviting to all, residents and visitors. St. Pete’s Pier is a place where lasting memories are made. Congratulations again to the entire city team.

In 2022, 152 projects and programs were submitted in the three ULI regions. Of these submissions, 26 were named winners across all regions and were then considered global finalists. From this field, the jury selected the six winners.

The winners of the ULI Global Awards for Excellence 2022 are:

The Global Awards for Excellence are open to projects and programs from all three ULI regions and must be substantially complete, financially viable and in stabilized operation. The program evaluates submissions on overall excellence, including achievements in market acceptance, design, planning, technology, amenities, economic impact, management, community engagement, innovation and sustainability, among others.

The winners were selected by a multidisciplinary jury of nine ULI members who also served on their respective regional juries. The jurors represent a range of real estate and land use expertise, including development, finance, planning, urban planning, architecture and landscape architecture.