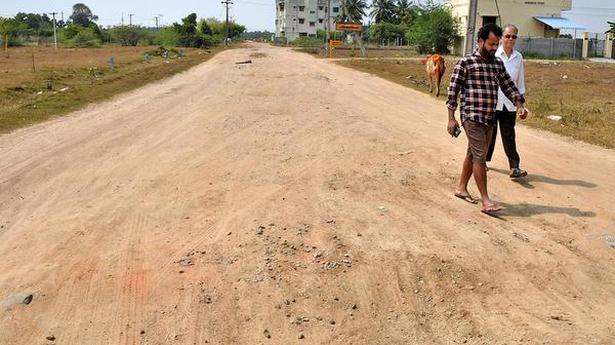 The Chennai Metropolitan Development Authority (CMDA) is about to launch the first land-pooling method urban plan in the southern suburbs of Chennai.

After holding consultations with the landowners of Madambakkam, Agaramthen and Kovilancheri villages, covering the project area of ​​593 acres, the CMDA started work on revising the land pool area development rules for holistic future development, an official said. The town planning project area is located close to the new bus terminus at Kilambakkam near Vandalur in the southern suburbs of Chennai.

After the review, new rules will likely incorporate best practices from different states, modern concepts, and citizen feedback. The Land Pooling Rules were first released in 2020 as a holistic, people-centered alternative to land acquisition. Land pooling is the process by which landowners agree to the government’s proposal to develop public infrastructure, including roads, sewage system, sewage treatment plants, street lighting and water supply. water, power lines and other amenities such as schools, playgrounds, open spaces on their land through the replenishment of plots. The part used for equipment development is given to the government. Landowners recover part of the developed land with an appreciated market value of their land.

A pilot project in Madambakkam has been undertaken by the CMDA to understand the on-the-ground application of the concept and develop rules to guide future developments in the town, in consultation with local communities, an official said. It is financed by the AMRUT scheme.

Unlike land acquisition, land pooling has many advantages as the land stays with the owners, the plots are regularized with access to better infrastructure, the land value of the land increases and the area is developed with public spaces such as roads, playgrounds and schools.