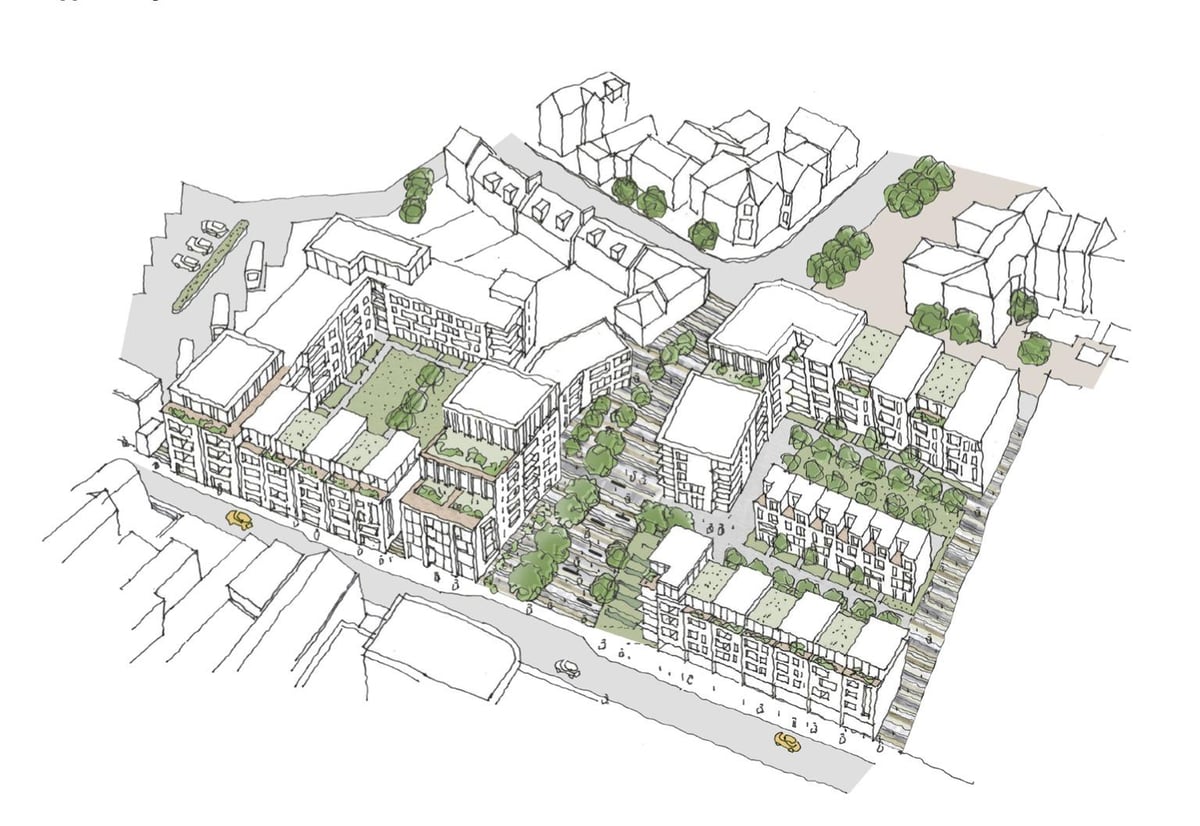 Kirkcaldy’s old shopping center is set to be demolished to make way for a major residential development which could see hundreds of people living in the town centre.

And this could be the catalyst to attract more investors and developers to transform the heart of Lang Toun.

The first major step came last week when councilors gave the go-ahead to back the redevelopment after reaching a tentative deal with owner Tahir Ali, who bought it for £320,000.

He renamed it Kirkcaldy Center and set out to revive its fortunes as a shopping centre, but the impact of the lockdown left it empty. It was recently boarded up and walled off after being ransacked several times.

Talks with the local authority have been underway for some time to settle the council’s long-term lease of the car park above the former Tesco and the future of the building.

The first stage will see him demolished. Stage two will see the empty site offered to a developer – and this, Mr Ali and councilors hope, will lead to the complete transformation of the landscape with up to 300 apartments built, interconnected with green walkways designed to encourage pedestrian traffic to and from the main street and featuring landscaped public spaces.

To get to this stage, Mr Ali has had to buy a number of properties over the past two years, including the buildings that house New Look and formerly Debenhams – both of which are below Hill Street and will be directly affected by the demolition.

He said: “No one could have predicted how dramatically the world would change in the year following the purchase of The Postings in 2019.

“While we had a number of exciting deals in the works with an independent supermarket chain and a state-of-the-art cinema operation in the former Tesco unit, the pandemic has brought these plans to a screeching halt.

“Rethinking the future of the center prompted us to rethink the site with a new approach.

Tahir Ali, owner of the former detachment centre, has renamed the center Kirkcaldy

“Covid has taught me the need to remain dynamic and flexible with property projects, and this agility, coupled with the support of Fife Council and local elected officials, has enabled us to radically rethink the proposal.”

He hopes the development will spur new investment as investors take a fresh look at downtown.

He said: “Coupled with ongoing developments along the picturesque Esplanade and Merchants Quarter in Kirkcaldy town centre, our redevelopment in the heart of Kirkcaldy should help attract other investors to advance their own projects. restaurants, more national chains, cinemas, hotels and other potential. developments that will help revitalize and regenerate the town center and attract more people to the area as a place to live, work and play. »

The center has been ransacked and vandalized several times.

The ambitious plans were hailed as a watershed moment.

Councilor Alistair Cameron, who has worked with Mr Ali since he arrived in town three and a half years ago, welcomed the development.

“Following this, I’m sure investors will be more interested in the High Street, and that’s what we want,” he said.

“It signals to investors that the city is alive and vibrant and a really positive place to be.” He also paid tribute to the officers – including Ken Gourlay, Ronnie Hair and Michael O’Gorman – who worked for months to help bring the deal to fruition.

Cllr Cameron added: “We have a lot of waterfront and Adam Smith Theater development, but we need something on the high street to hang our hats on, and this gives us that opportunity.”

Mr Ali hopes things will move quickly – work could start early next year to demolish the 40-year-old mall that was once buzzing with activity.

He has worked closely with Ryden’s Greg Limb on the regeneration program for over two years.

Ryden advised on the best way forward for the project and addressed the interest that has already been expressed in redevelopment proposals.

He said: “Investing in earmarkings makes financial sense for Fife Council, but it also says a few things about the town.

“It tells residents that we are serious about our downtown strategy to improve the aesthetics of the city and make it a more attractive place to visit, work and live.

“Even if the site becomes a public space it will improve the area, but with the right housing development the increase in footfall will go a long way to filling the footfall deficit created when Tesco left the postings.”

Announcing the deal to raze the mall, Councilor Altany Craik, spokesperson for finance, economics and strategic planning, said: “This is great news for Kirkcaldy. The mall is now 40 years old and has been in decline for a few years.

“Despite the takeover of the Kirkcaldy Center in 2019, a rebranding exercise and efforts to market the vacant units, the remaining occupants left, and the center is now completely vacant and has been closed by the owner.

“By demolishing and cleaning up this site, it offers a fantastic opportunity for redevelopment that could provide a much-appreciated boost to the local economy.

“It also complements the rest of the ongoing regeneration work in the city center and helps reduce the number of derelict buildings in the city.

“I can’t wait for this prime location to come back to life.”