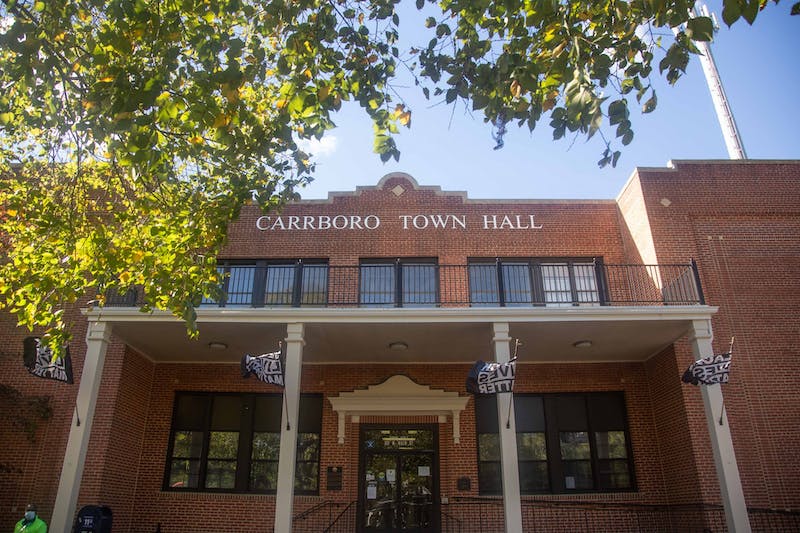 The American Planning Association-North Carolina Chapter presented the Marvin Collins Award to the town of Carrboro at the 2022 North Carolina Planning Conference September 13-16.

The Marvin Collins Award recognizes individuals or organizations who have completed outstanding planning programs or made notable contributions to the planning profession. Carrboro was awarded for its master plan in a town of less than 25,000 people.

“Part of the reason the awards are given by the North Carolina chapter is the opportunity or possibility that the approach used here could be beneficial in another community,” said Trish McGuire, director of planning. of the town of Carrboro.

The city won the award for its comprehensive Carboro Connects 2022-2042 plan, which emphasizes racial equity and climate action.

The plan’s goals include supporting local businesses, expanding affordable housing options and improving access to open spaces like parks and outdoor facilities. It includes short-term and long-term initiatives that look twenty years into the future.

The Carboro City Council voted unanimously to pass it in June 2022.

McGuire said Carrboro Connects was given the green light in early 2020, just before the COVID-19 pandemic lockdown was issued by Governor Roy Cooper.

According to the plan, Carboro Connects was written with current political issues in mind such as the global health crisis, social unrest over racial inequality, and rising greenhouse gas emissions.

Carrboro’s focus on race and equity has been in development for years, strengthened since joining the government’s Alliance for Race and Equity (GARE) in 2018, McGuire said. The GARE principles have been incorporated into every part of the One Orange Framework for Racial Equity, which Carrboro adopted in February.

Carboro’s involvement in climate action has also been part of the City’s overall goals for years. Carrboro Connects incorporates key goals from the Community Climate Action Plan and the Energy and Climate Protection Plan, which were drafted by the City years earlier and amended in 2020.

Part of the criteria for the Marvin Collins awards includes seeking transferability and applicability to other communities, as well as originality, said Bynum Walter, co-chair of the APA-NC awards committee. Carrboro Connects has been particularly effective in its community outreach efforts, she added.

“We’ve had an unprecedented amount of community engagement and development,” Carrboro Mayor Damon Seils said of the plan.

The Carboro Connects team has engaged with over 1,600 people. The plan also recognizes over 4,000 touchpoints – examples of community engagement.

Seils said he went further than Vision 2020 by setting targets on how to achieve the topics included in the policy document. Vision 2020 was Carrboro’s policy development guide prior to Carrboro Connects which began in 2000.

“It’s really much more of a traditional overall plan that not only sets a vision for the future,” Seils said. “But also goals and strategies to get there.”

Walter said the city started the project in early 2020, which she said was a tough time.

“Especially considering the level of commitment they’ve been able to achieve during the pandemic – certainly admirable,” she said.

To get the day’s news and headlines delivered to your inbox every morning, sign up for our email newsletters.