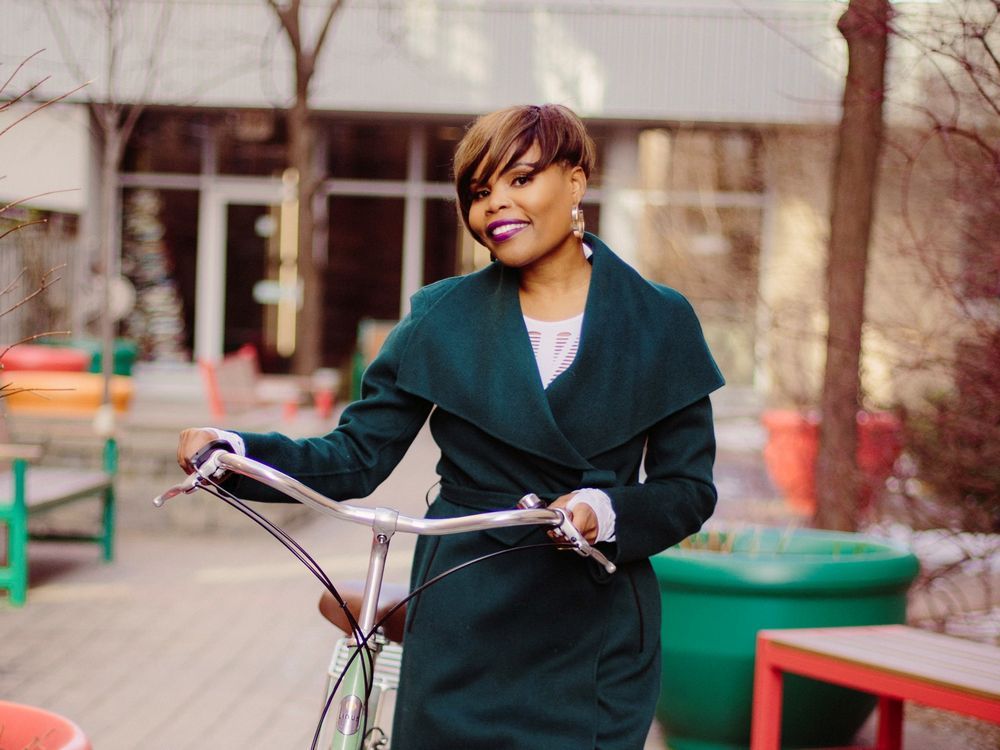 In 1954, African-American civil rights activist Mary McLeod Bethune walked into the Prince Edward Hotel in Windsor. She was refused a room.

Roosevelt was offered a room at the hotel. She declined the offer, and the two women opted to stay in Detroit for the night.

“It will shock our sensibilities as Canadians because we would think this story would work the other way around,” Jay Pitter said before addressing a virtual audience Tuesday night at a University of Windsor lecture. on Zoom.

“Windsor has a proud history (of helping enslaved African Americans fleeing the United States via the Underground Railroad) — and it should be proud of it,” said Pitter, whose presentation was titled The City’s Broken Promise – Confronting anti-Black racism across Canadian cityscapes.

Pitter is a Toronto-based author and award-winning placemaker – someone who leads the design, planning and programming of public spaces. Her academic background and research focus on urban design and social justice, which she says is unusual in the context of land use planning or development.

“Town planning or land use tends to focus on form or function – buildings, infrastructure – and rarely on social issues such as gender or race,” Pitter said.

“We often have conversations about race and class without having those conversations in the context of place. And location is very important in understanding these issues.

Pitter said racism played a critical role in land use and the design of urban centers, heralding in history public auction sites where slaves were sold.

“We would see people being bought, sold, beaten and sexually violated on auction sites,” she said, pointing out that “the place (or place) of injustice is as egregious as the injustice herself”.

“The auction block is Black’s first introduction to the public realm (across Canadian cities). It is a very violent and precarious beginning or introduction to public life and public space.

Pitter said society had “underestimated the impact of the normalization of selling, beating and sexually violating black bodies just in everyday life, in broad daylight”, attributing this to black people often feeling a lack of belonging or a sense of heightened alertness when in public.

“And non-black people often suspect black bodies, black people in public and that’s due to hundreds of years of conditioning.”

This history also led to laws and regulations to govern black movement and enjoyment in the public realm, she said.

For example, anti-vagrancy laws that were established “to keep people in their place and to maintain social hierarchies” and which today give “far too much power to the police to approach, harass and sometimes infamously execute in the street the people they deem to be out of place.”

She hopes that by raising awareness of these issues, local leaders and politicians will reassess how they conduct public consultations and that ordinary citizens will act for change.

“I hope ordinary people will use the information and feel emboldened to engage in processes related to land use and place-making – everything from formal land-use processes to being a very good neighbor.”

Jay Pitter will lead a workshop on the city’s broken promise, 2-4:30 p.m., September 30. The workshop is open to Windsor Black community builders and their allies/accomplices interested in learning the principles of equity-based place-making and strategies for engagement with the municipality. More information and registration for the workshop is available at Windsor Law Town Center website. The Windsor Law Center for Cities, in collaboration with the University of Windsor Humanities Research Group and Making it Awkward, organized the conference and workshop.

Sign up to receive daily news from The Windsor Star, a division of Postmedia Network Inc.

Thank you for your registration!

A welcome email is on its way. If you don’t see it, please check your spam folder.

The next issue of Windsor Star Headline News will soon be in your inbox.

We encountered a problem during your registration. Try Again