What is “PlanningTok?” The amazing world of TikTok city planning 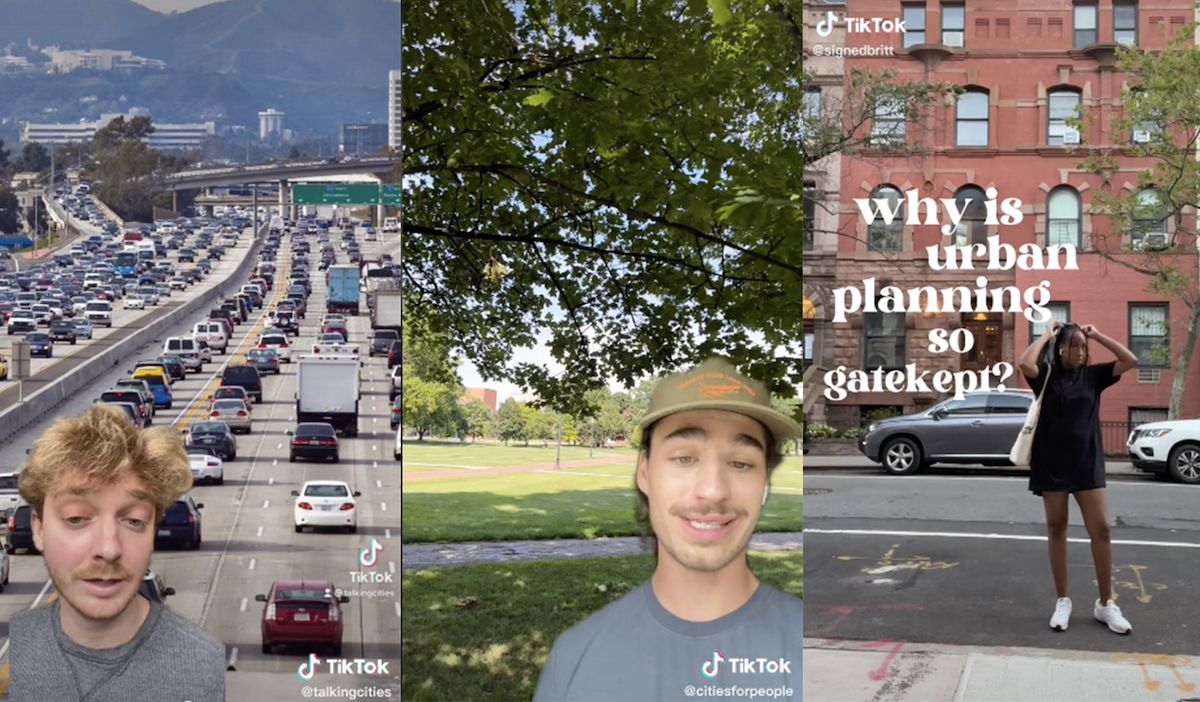 During her first semester of graduate studies, Brad Biehl noticed a problem.

He had studied entrepreneurship as an undergraduate, but a life-changing internship set him on a whole new path. It turned out that his true calling was town planning – a career he barely knew existed a few years earlier.

“I realized that planning, design and urbanism were sort of at the crossroads of everything that interested me,” Biehl told In The Know.

Biehl quickly entered a master’s program in urban planning. But at the start of class, he found his teachers all complaining about the same problem – what Biehl calls an “existential communication problem”.

Urban planners have the power to make radical decisions about how and where we live. They design green spaces, design new neighborhoods and revitalize declining neighborhoods. They work with governmentsmassive construction companies, local residents and more to bring education, transportation, sustainability and access to our cities.

And despite all that power, hardly anyone knows what they’re doing.

“There are people who design things, people who have ideas, who work together, but they fail to engage people proactively or retroactively,” Biehl said.

Biehl’s professors described an industry with a major disconnect between planners and people – those who make the decisions and those who are affected by them.

So, Biehl thought, why not bring urbanism directly to people? It turned out that other planners shared the same idea.

Biehl is now part of “PlanningTok” (also known as “CitiesTok”), a thriving group of urban planners, architects and civil engineers using TikTok to change the way we talk about the places we live.

While the topics may seem straight out of a college course, the appeal is much, much broader. Biehl, who publishes as @citiesforpeople, has more than 11,000 subscribers. Many of his clips attract hundreds of thousands of views.

“Most people… see it for the first time”

Some users, like Paul Stout, can capture millions of viewers at once. Stout, who works for the urban development firm culdesacbegan posting on TikTok in the spring of 2021.

When Stout started his page, @talkingcities, he was one of the first city planners to use the platform to explain how cities can become more walkable, more equitable and more sustainable. His videos often look at the success stories of well-designed cities around the world.

Like Biehl, Stout became obsessed with urban planning near the end of college. And soon, he realized that TikTok was the best forum to talk about it. As he told In The Know, he was struck by the platform’s “low barrier to creation”.

It was easy to make his videos, which often use little more than a graphic or simple photos of cities. And the payoff, Stout realized, was enormous. With these easy-to-process examples, he was able to get viewers thinking about the possibilities for their own cities.

“It’s one of the places where social media can really help,” he said. “Because people can look at things and say, ‘Huh, that’s phenomenal. I want one in my condition.

In many ways, TikTok users represent the next generation of city dwellers. Despite its ubiquity, the app’s audience is still extremely young, with 62% active users be 29 or younger.

A typical PlanningTok viewer may be leaving their parents’ home for the first time – for college, a new job, or a myriad of other reasons. And they are likely to do so in a city.

American cities have been rejuvenate during the last years. In 2016, the average age of people living in urban areas was 36 years oldagainst an average age of 43 for rural areas.

Stout sees this as a major opportunity. His videos aren’t meant to be exhaustive, but they can serve as an introduction, especially for those who are just beginning to think critically about living in a city.

“Most people seeing this content are seeing it for the first time,” Stout said.

A “gateway” to urban planning

That doesn’t mean PlanningTok is the be-all and end-all. In fact, Biehl sees his content as a “gateway,” through which he can use urbanism to open up broader conversations – about the environment, the economy, health, diversity and more.

Stout has a similar design. Its content is not exhaustive, but it is a starting point.

“The zoning policy is very complicated,” he said. “And it’s like if you want to do a quick 30-second intro to zoning, you’ve got a lot to hit. And there’s a lot of stuff that will be left out. But at least people can get to grips with a bit with the subject and maybe do some research on their own.

Brittany Simmons, a New York-based urban planner who posts as @signedbritt, believes that these starting points can turn into real change. Her goal, as she puts it, is to show that “urban planning doesn’t happen by accident” — that there are real people behind the forces that shape our cities.

“These are things that happen that most of us assume we have no say in,” she said. “But you can actually be engaged and involved in the processes.”

There are countless ways people can participate in their city’s planning decisions – from attending conferences and city council meetings to joining local community groups and organizing with neighbors.

Simmons, who went to graduate school in urban planning, first got on TikTok with no intention of posting about her work. But when she posted a video asking his followers if they knew what urban planning was, the results were overwhelming.

“People were really excited, which really surprised me, mainly because it’s an area that nobody knows about,” Simmons said.

Soon, she was inundated with questions from users — many in middle or high school — asking for more details about her work.

“I just didn’t know it existed”

For planners, this is another huge advantage of PlanningTok. Because creators aren’t just broadening minds about how cities work, they’re also bringing transparency to a largely unknown career path.

Simmons said that transparency is now an explicit goal of his account. She sees TikTok as a chance to get young people interested in her industry. Some of them, she hopes, might even become planners themselves one day.

“Historically there was a lot of mystification around the pitch, and it’s always been really exclusive,” Simmons added.

The most recent statistics show that, despite progress, almost 76% urban and regional planners are white. The average worker is in his early to mid 40’s.

It’s possible that PlanningTok can help correct this disparity. Simmons, Stout and Biehl all said they received messages from young people saying they were interested in the field.

“I didn’t really know [these jobs] until I was late for college,” Biehl said. “Part of the motivation for making these videos is that, if I had seen them when I was 17, my trajectory would have been different.”

Simmons added that her own career has also been shaped by this lack of knowledge.

Like most of PlanningTok’s main creators, Simmons, Biehl and Stout are younger. They are at the start of their careers, only a few years away from the eye-opening experiences that brought them to the field.

Simmons said she sees her age as a major strength because her young viewers can still relate to what she’s going through. His hope is to show that “cities don’t just happen,” and if people want to make a difference, they can, either through their work or as members of their communities.

More from In The Know:

This coconut ice cream is the perfect summer treat

Listen to the latest episode of our pop culture podcast, We Should Talk: