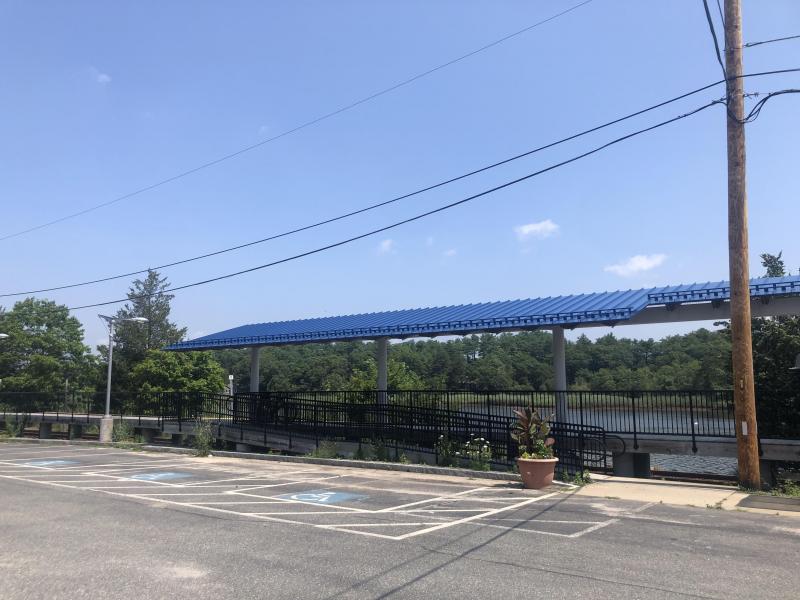 Wareham must have enough zoning to accommodate around 1,300 homes within a half-mile radius of its train stop or it could lose state infrastructure funding in years to come.

A new state law aimed at addressing the housing crisis now states that communities around MBTA stations must adopt a multi-family housing neighborhood within half a mile of their transit station. Zoning must allow for at least 750 units, although the exact number required for each city depends on the population of the community.

For Wareham, that means zoning must accommodate 1,297 multi-family units within a half-mile radius of its CapeFLYER station on Merchants Way.

The law, signed last year, does not require the construction of new units. The new law requires multi-family zoning “as of right,” which would create a neighborhood where multi-family dwellings would not require a waiver or special permit to be built.

“I think we can show that we respect the ability,” he said.

Board member Alan Slavin said many MBTA-designated communities are already submitting complaints to the state and he anticipates further negative feedback from affected communities in the future.

“It’s not feasible,” Slavin said, adding that the city’s sewer and water capacity does not match what would be needed if an additional 1,300 units were built. “It is not possible.”

Slavin’s sentiments were shared with other members of the select committee, who also expressed their distaste for the law.

The board voted to allow Chair Judith Whiteside to submit a “hostile” letter to the state before the program’s public comment period ends later this week.

Communities can still require a site plan review, but the idea is to reduce barriers for new multi-family housing projects, especially in areas that have exclusively permitted single-family housing.

Slavin said although Wareham is now adjacent to MBTA, a future extension of the commuter rail line into the town could change that and further tighten zoning requirements.

The law states that communities that do not comply with the new zoning requirements will become ineligible for certain public funds, including the MassWorks infrastructure program, the Local Capital Projects Fund and the Housing Choice Initiative.

Wareham’s proximity to a community with an MBTA station in Middleborough means it must comply with new state law or risk losing future additional infrastructure funding for things like its sewers, Slavin said. Funding from MassWorks would also help future projects like a walk along Merchants Way.